"A Toast to the Luddite Martyrs" - Spen Valley Tracing

On the 28th of December I met up with a guy I'd not met before called Richard Holland, who is running the Luddite Bicentenary website and trying to organise commemorative events with various local, radical, literary & academic groups.

It was a great winter's day, which began with a visit to the site where a statue to the Luddites will be erected soon: 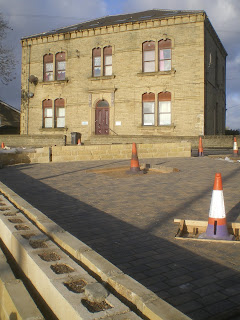 Next we walked down to the landmarks associated with one of the gits of the time, Hammond Roberson: 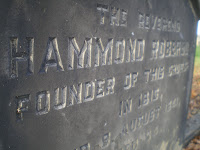 Hammond Roberson is buried in the Tory Anglican church he had built with his own money. He was one of the anti-Luddite establishment figures, who interrogated the dying after their attempt on Cartwright's Mill at Rawfolds. It was believed he tortured them rather than let their wounds be treated. 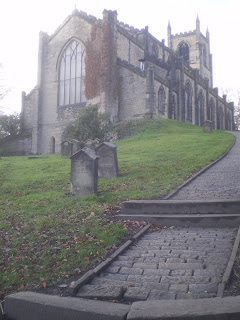 Roberson's church stands out on its hill, as does his house above the poorer housing of the area. It felt symbolic that we walked past a jobcentre to get from one to the other. 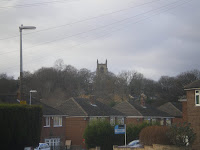 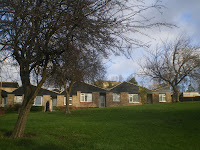 Over the railway too, which was not yet built in 1811, and by 2011 has been 'unbuilt' by others who think only of money, and nothing for the social fabric. 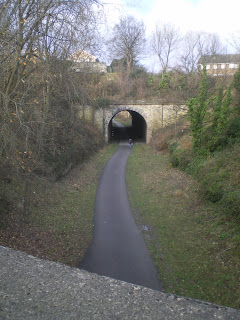 Then onto the footsteps of the good guys: 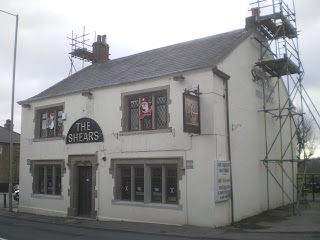 The Shears pub, well-known Luddite haunt. With a great Yorkshire chippy over the road. From there we walked down the hillside to the Spen river where Rawfolds Mill used to stand: 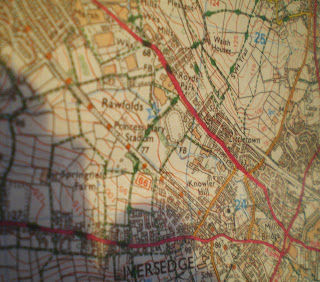 This was our route. 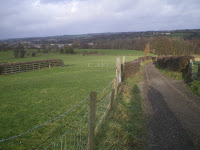 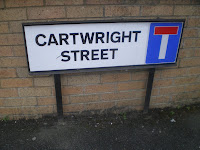 The Mill burnt down a few years after the Luddite attack, but the Millowner's name still adorns the street on the industrial estate where it stood. 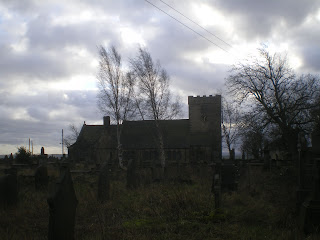 Next, to Hartshead church, where the Bronte sisters' dad used to preach (after Roberson), and where Luddites who died from their injuries in the Rawfolds attach were (legend tells us) secretly buried at night, just near the entrance: 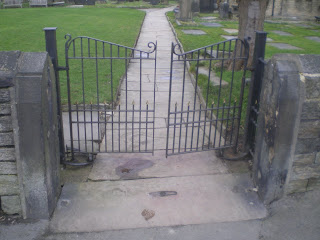 In affectionate remembrance of the Luddite Martyrs, whose bodies may well be interred here: 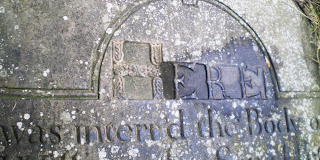 We then drove down to the Three Nuns pub (by Kirklees Nunnery, where Robin Hood is reputed to be buried). 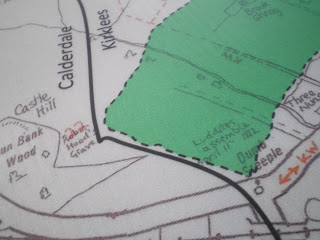 Near there, the Dumb Steeple marked the spot where hundreds of Luddites gathered on the night of 11th April with weapons and determination to attempt their biggest target yet. This was the area where they had already prevented new gear being installed, where the devastating effects of machinisation would be felt most cruelly, and where the biggest target yet to be attempted was to be found. Men came from all over, gathered here, and marched on Rawfolds Mill. We came to salute them!

Finally to Huddersfield, with this the pub that Luddites would drink, and at which Mellor was given his alibi by various people. But the 'justices' did not believe them, and had him killed in York. 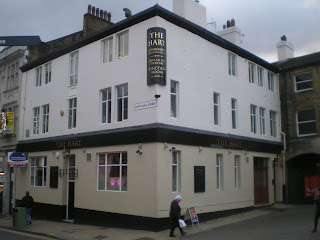 We also explored some of the yards where the cloth workers used to work, and the barracks where 1000 soldiers were imposed upon the town. The Luddite movement did not fail : it was outgunned, outnumbered, outresourced, overpowered by the forces of capital and state. 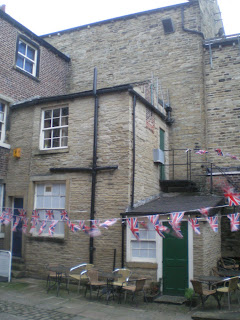 There were no local history books available in Huddersfield to remember its Luddite history, but I found some on my dad's shelves, and that night I was inspired enough to look up the references to the movement in Charlotte Bronte's work: 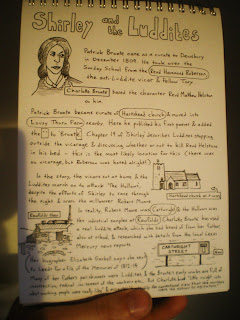 No General but Ludd means the poor any good.
Posted by Michael Duckett at 13:27