Scilly Cetaceans in the Sketchpad 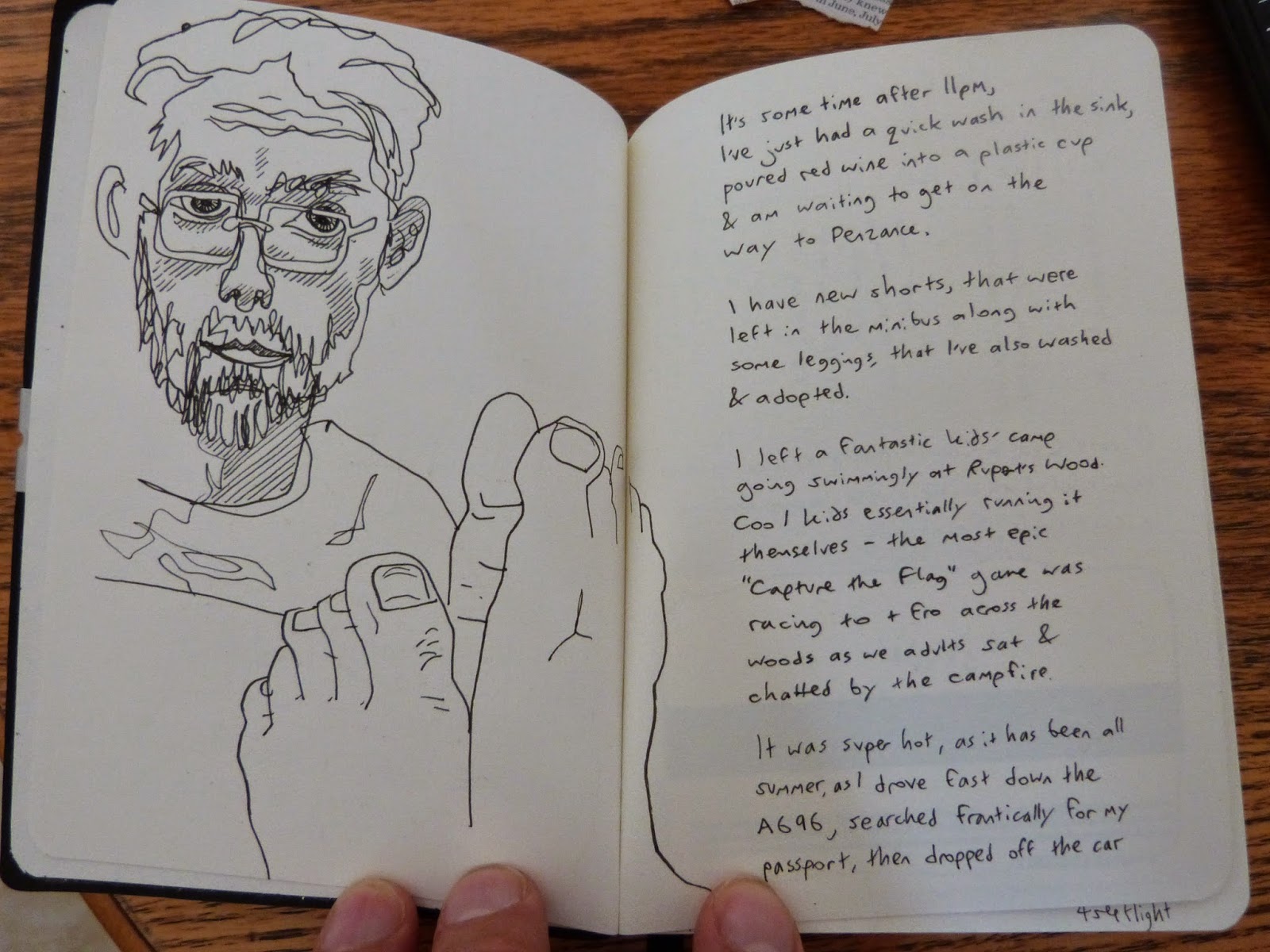 Same format as for the last post : pages from my diary that you can either click through as images or read the notes I'm about to add.

The first page (above) describes my 2nd night train of the year. I love night trains, even when I'm on my own, so long as I have a bit of wine and a new bit of country heading past my bedroom window. 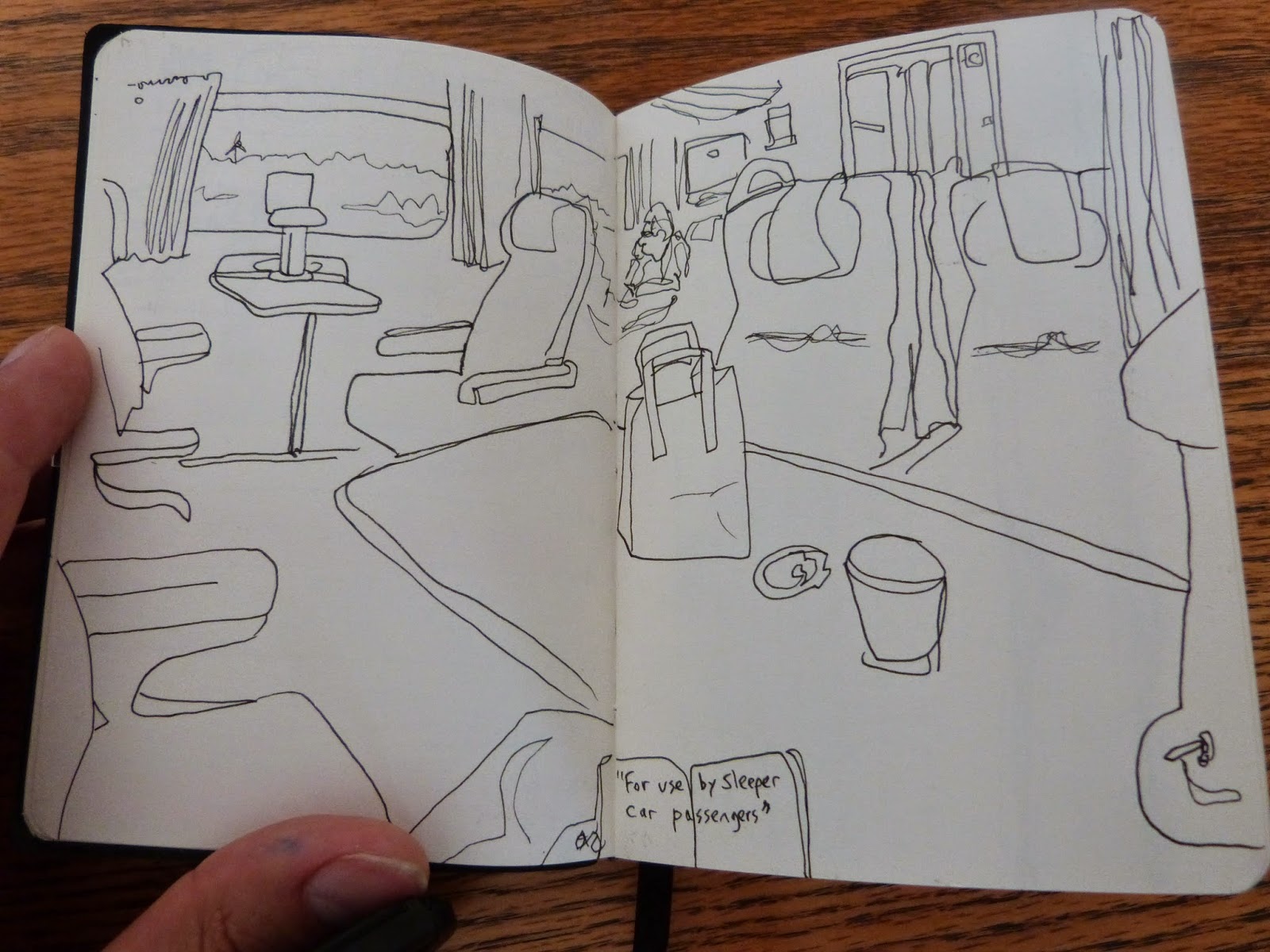 This is the dining car on the Riviera Sleeper, recently reopened after a mudslide at Dawlish. Having my second complementary coffee of the morning. 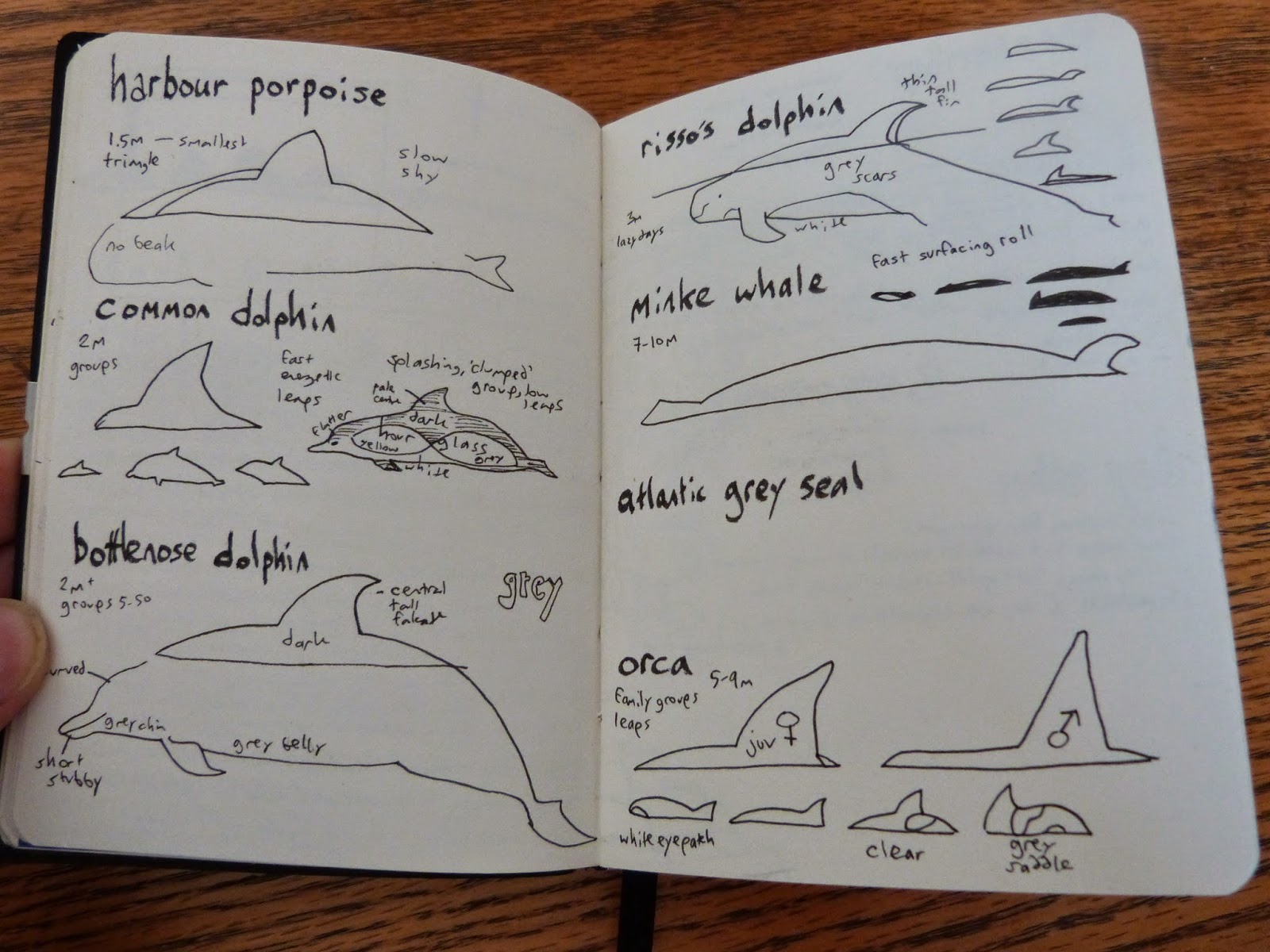 I was down to Cornwall for a dolphin survey - something I've wanted to do for a long time. So here's some homework of the night before. 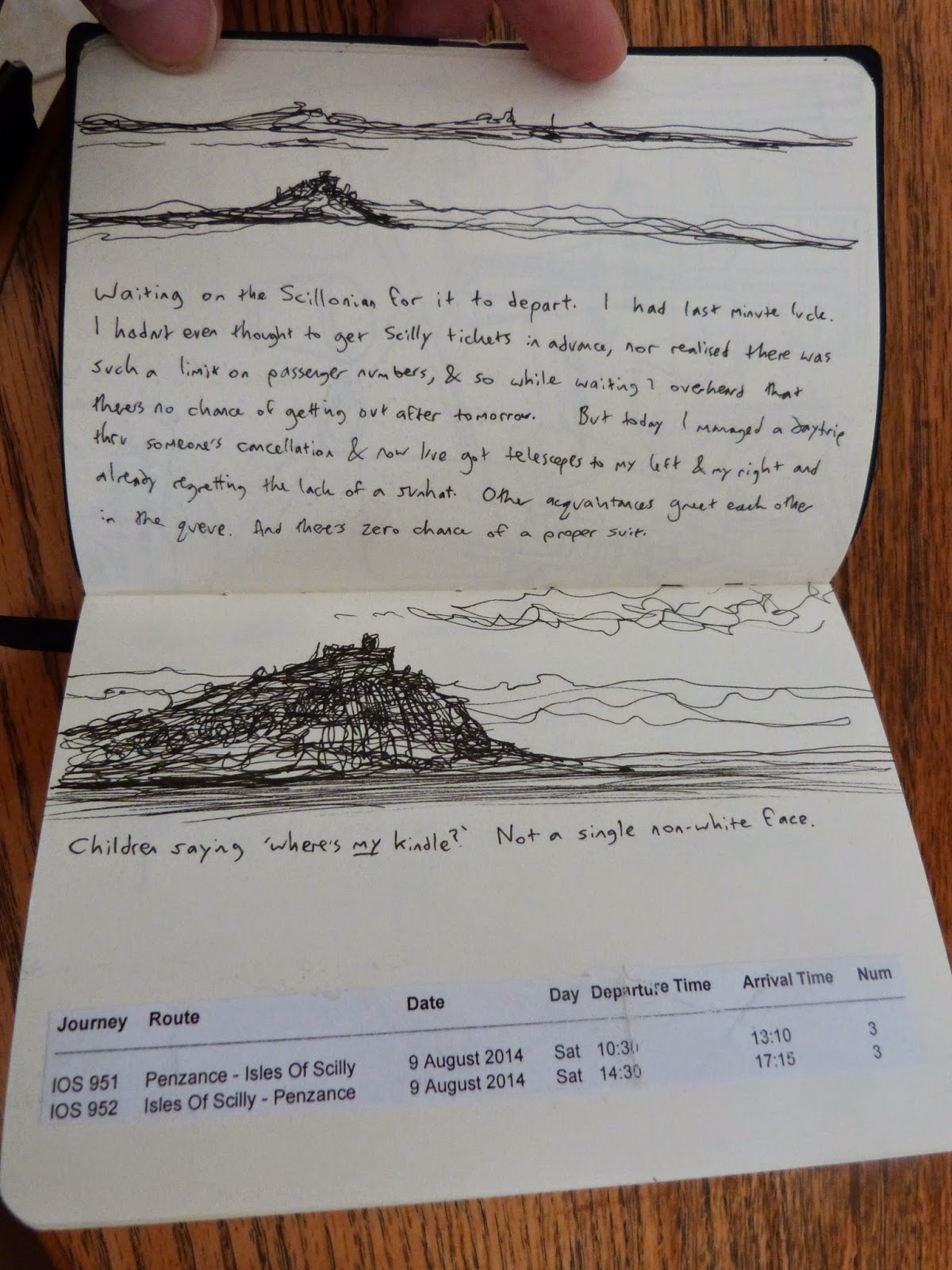 In fact I went out on the boat the day before my official survey, because they were cancelling the sailing on the day after the survey, and it was sold out after so I had no other chance to get to the Scillies. It was a good choice, as I saw a sea beast I would never otherwise have had chance to see. A big scarred Risso's dolphin that has appeared around the boat several times this year. 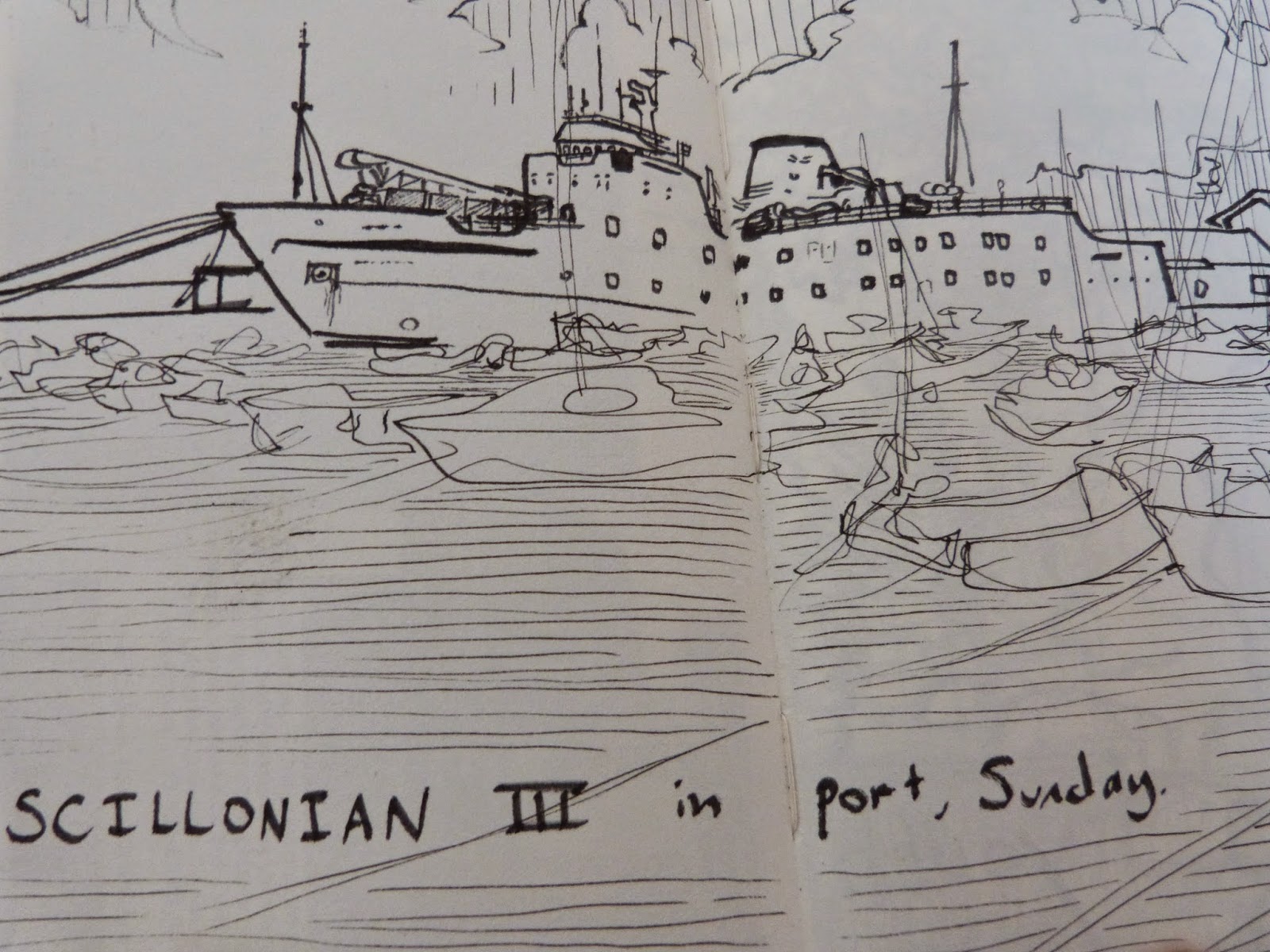 This is the boat. 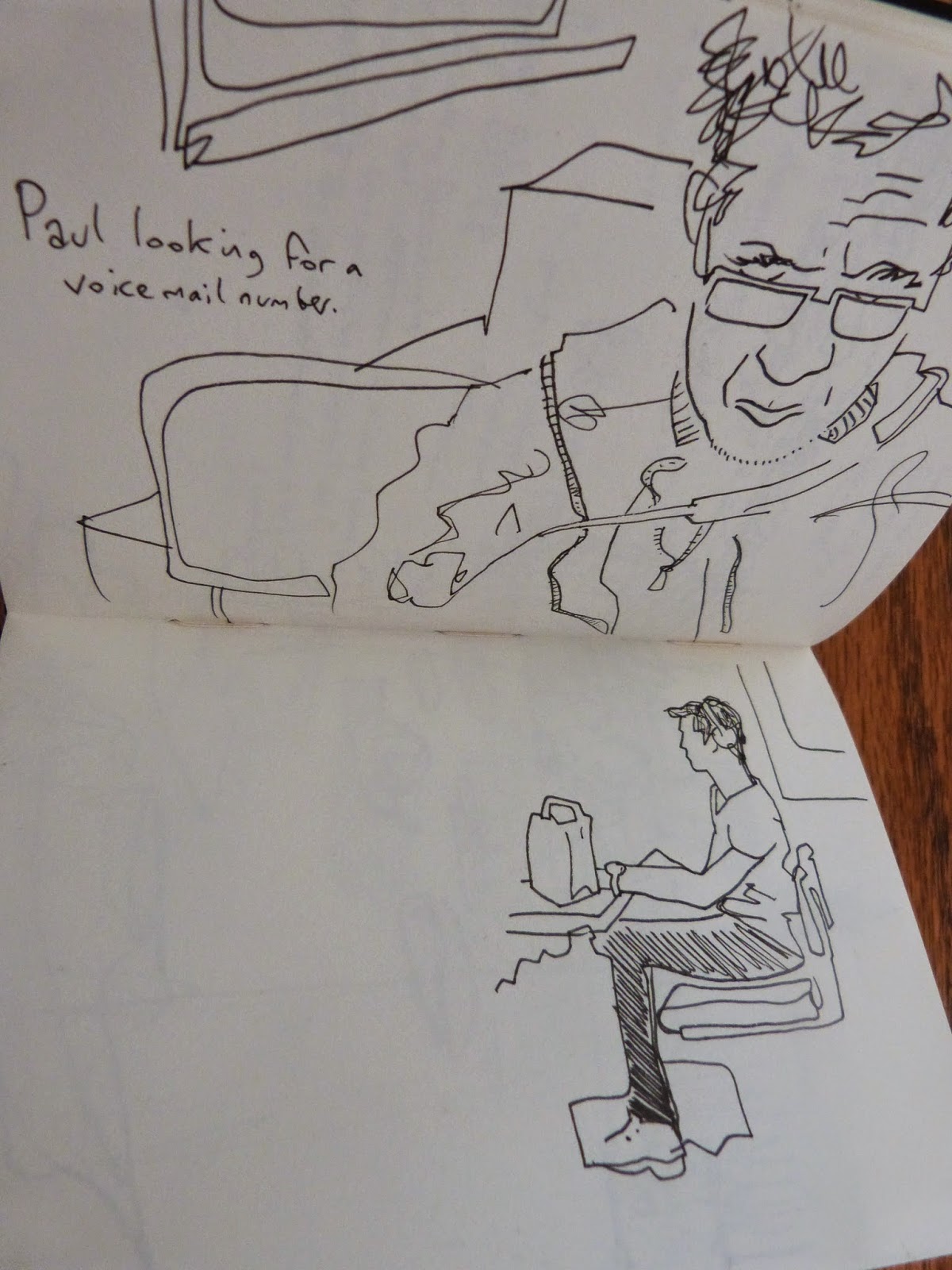 And next day, Paul was our veteran leader and talked us through the protocol (the headphone chap at the bottom was just a headphone chap on the ferry). 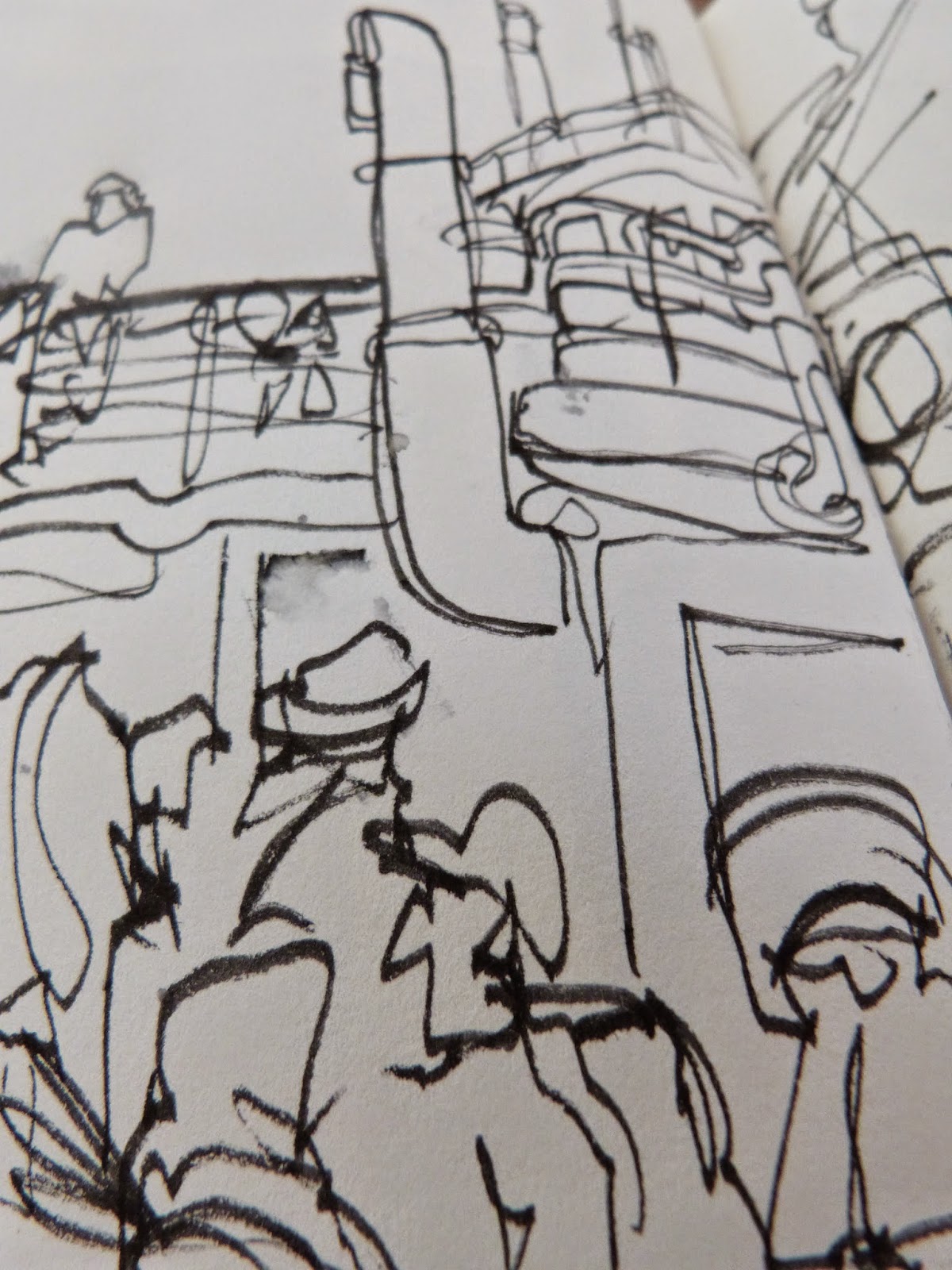 This pic will not be clear (till I add some colour to my sketchpad), but we're on the main deck looking up a bit, and there's a vague figure top left who is the captain : he is standing in the position, by a railing surrounding the bridge, from which we looked for cetaceans port & starboard. 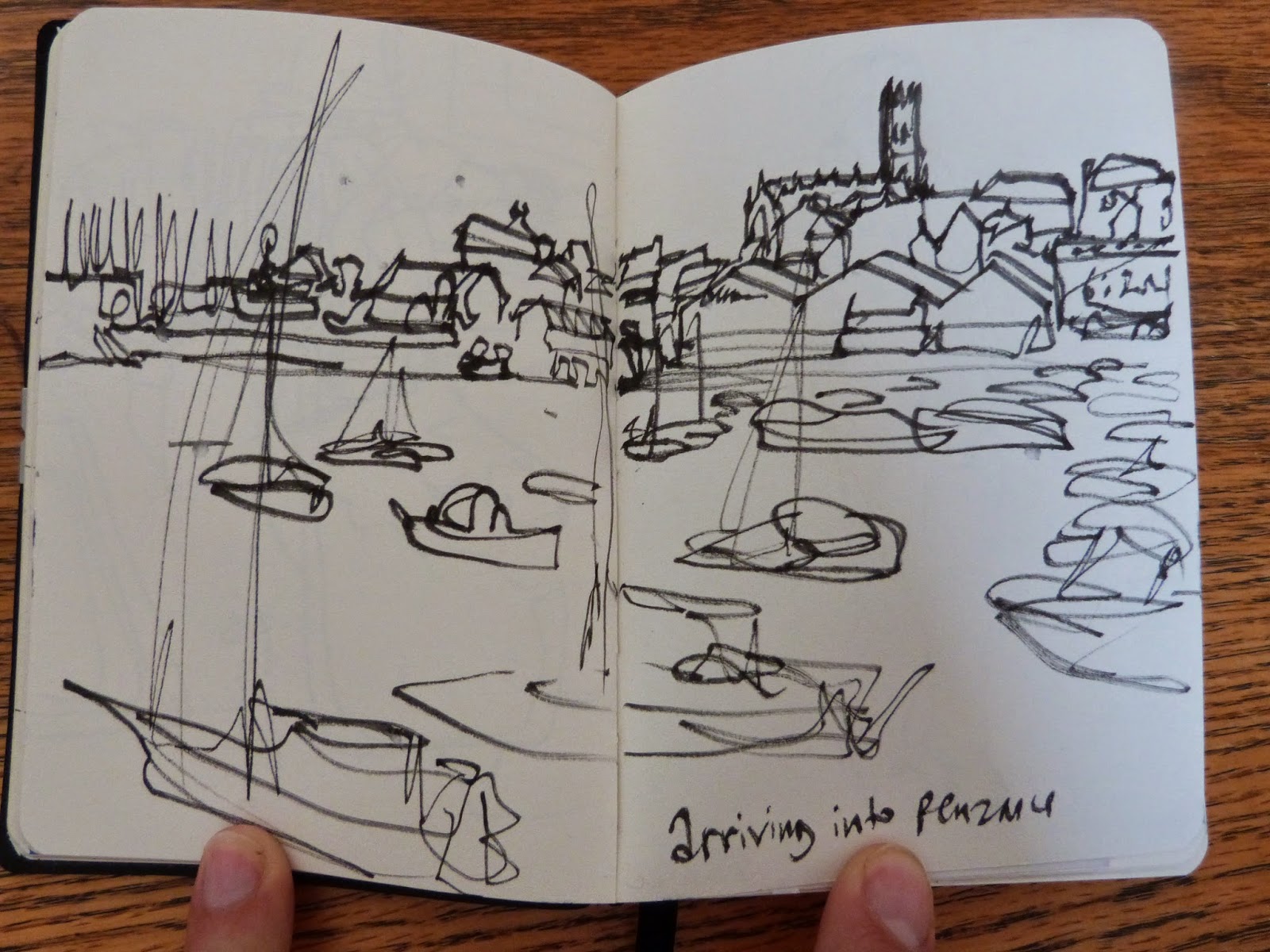 We had 4 sightings: first some harbour porpoise that only Paul spotted against the choppy water (sea state 4) ; then I was lucky enough to see some jumping common dolphins ; and on the way back we saw more harbour porpoise and then a feeding gang of gannets showed us the way to a bigger pod of common dolphins, just like the textbooks tell you. They brought a pretty good conclusion to the survey. 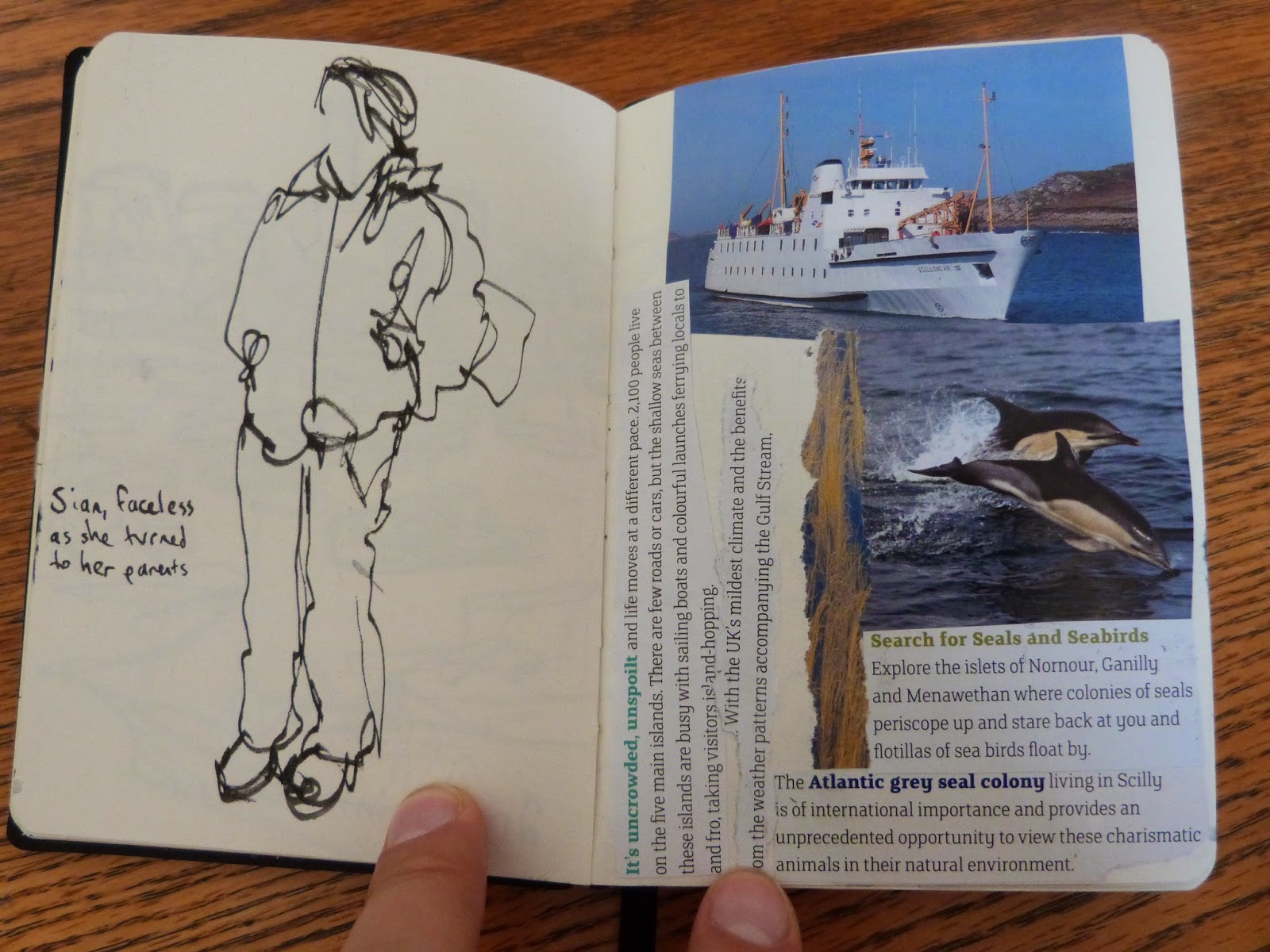 Due to the approaching storm (or perhaps a tide thing - I heard both reasons), we were late setting out and early setting back, plus we arrived into a different dock. My fellow new surveyor Sian was accompanied on the boat by her parents, as she was combining her trip from Southampton with a short holiday. 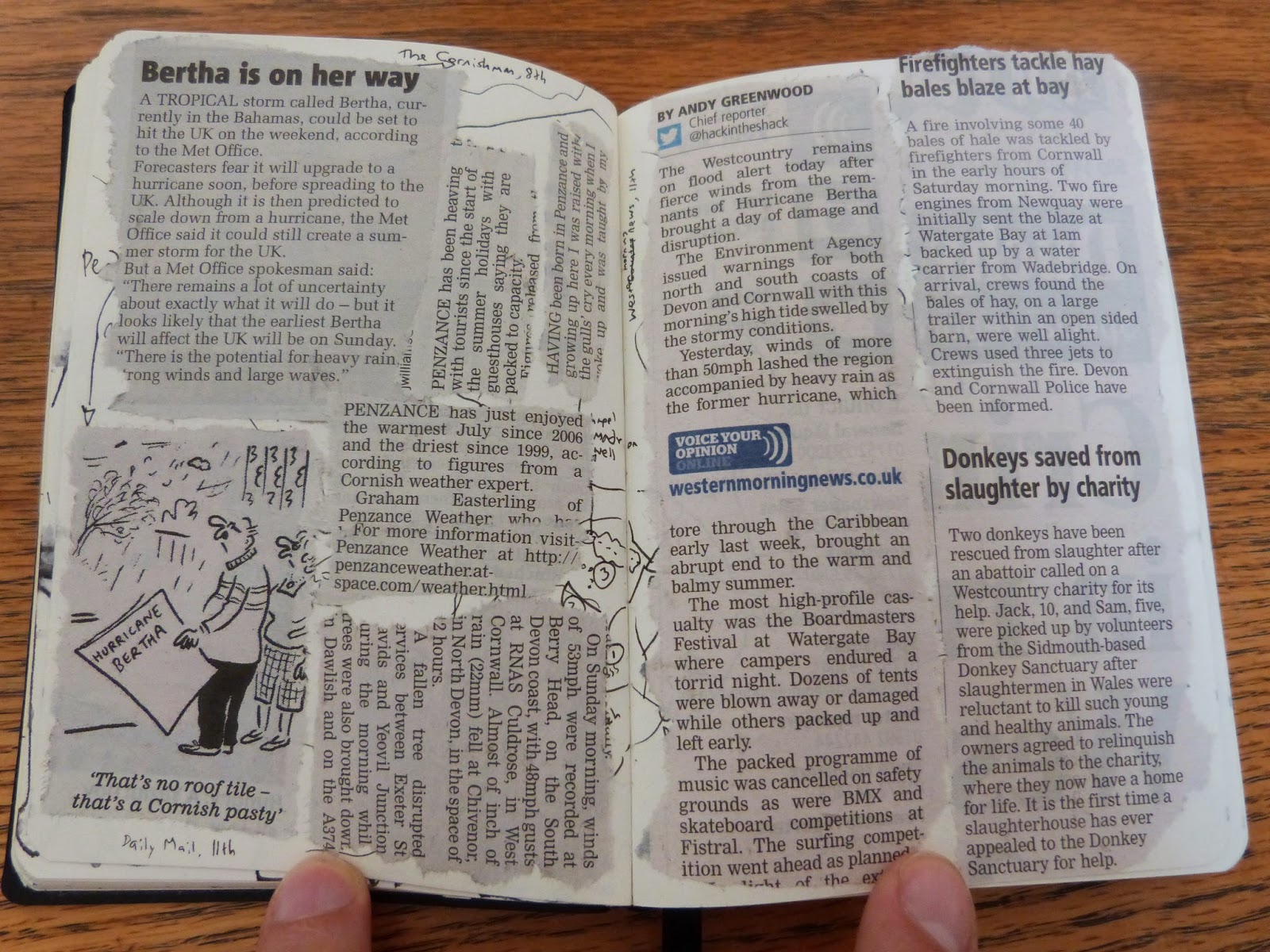 My own approach to spending an extra couple of days in Cornwall is a bit different, and not recommended.

The newspaper cuttings warn of the approach of Big Bertha, and the impacts once she hit. The page below describes the ridiculous thing I did nonetheless that night, seeing as all the cheap accommodation was booked out and I was feeling both lively and tightfisted, with a long foreign holiday to follow. 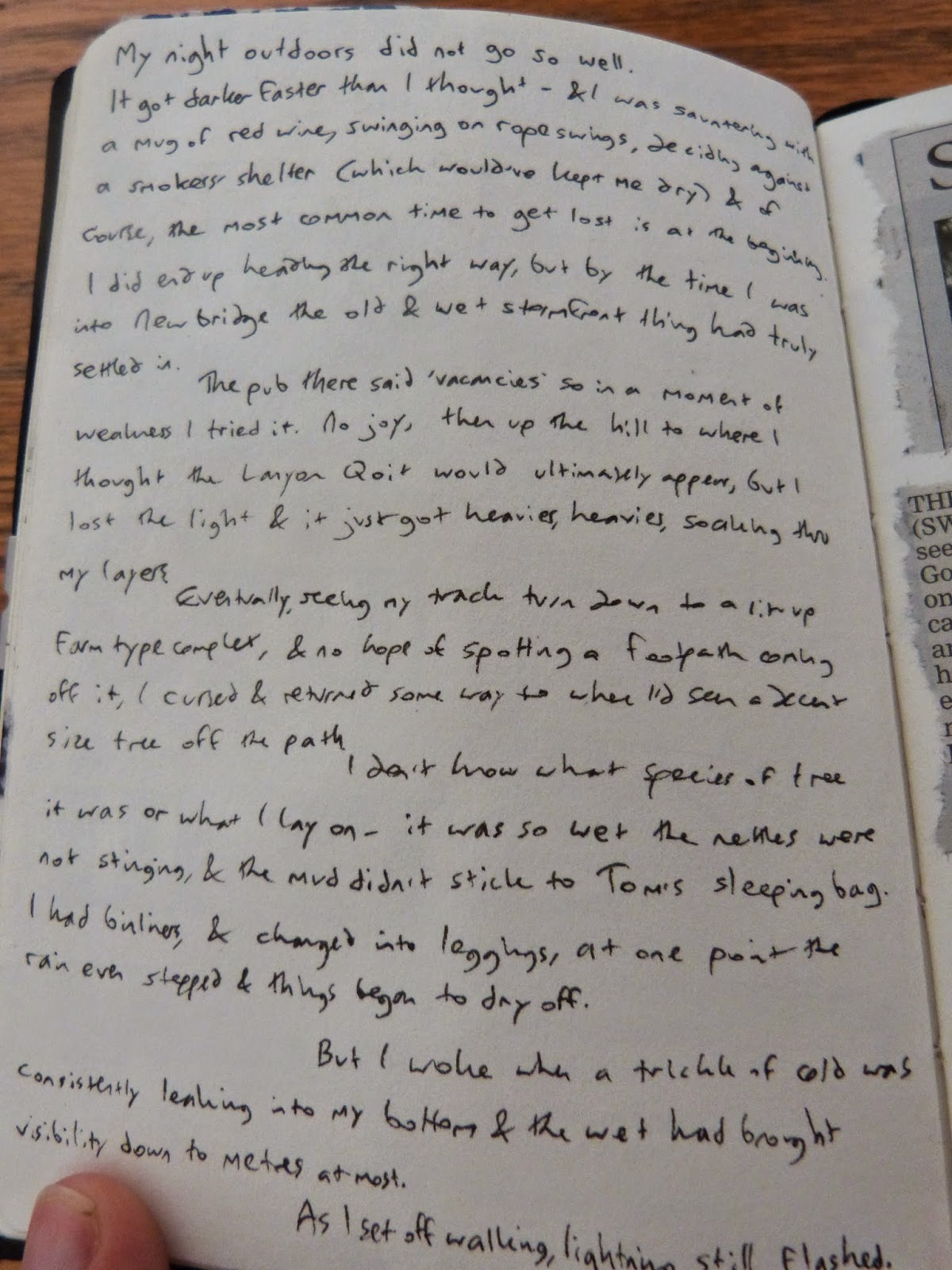 In short : binliners do not work against storms called Bertha. 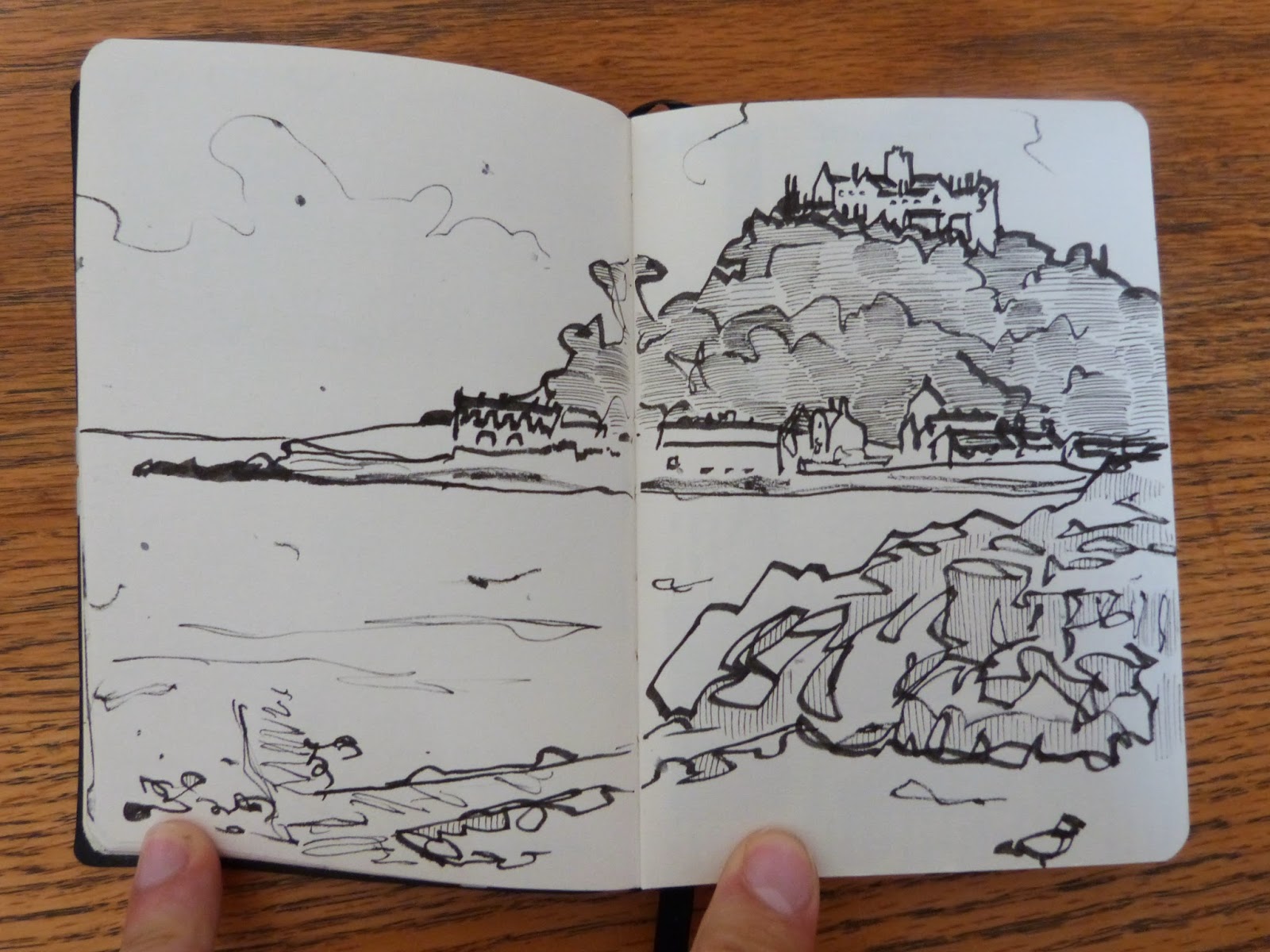 Next day, I walked in my squelching boots just to get warm, and so I walked to Godolphin and St Michael's Mount. 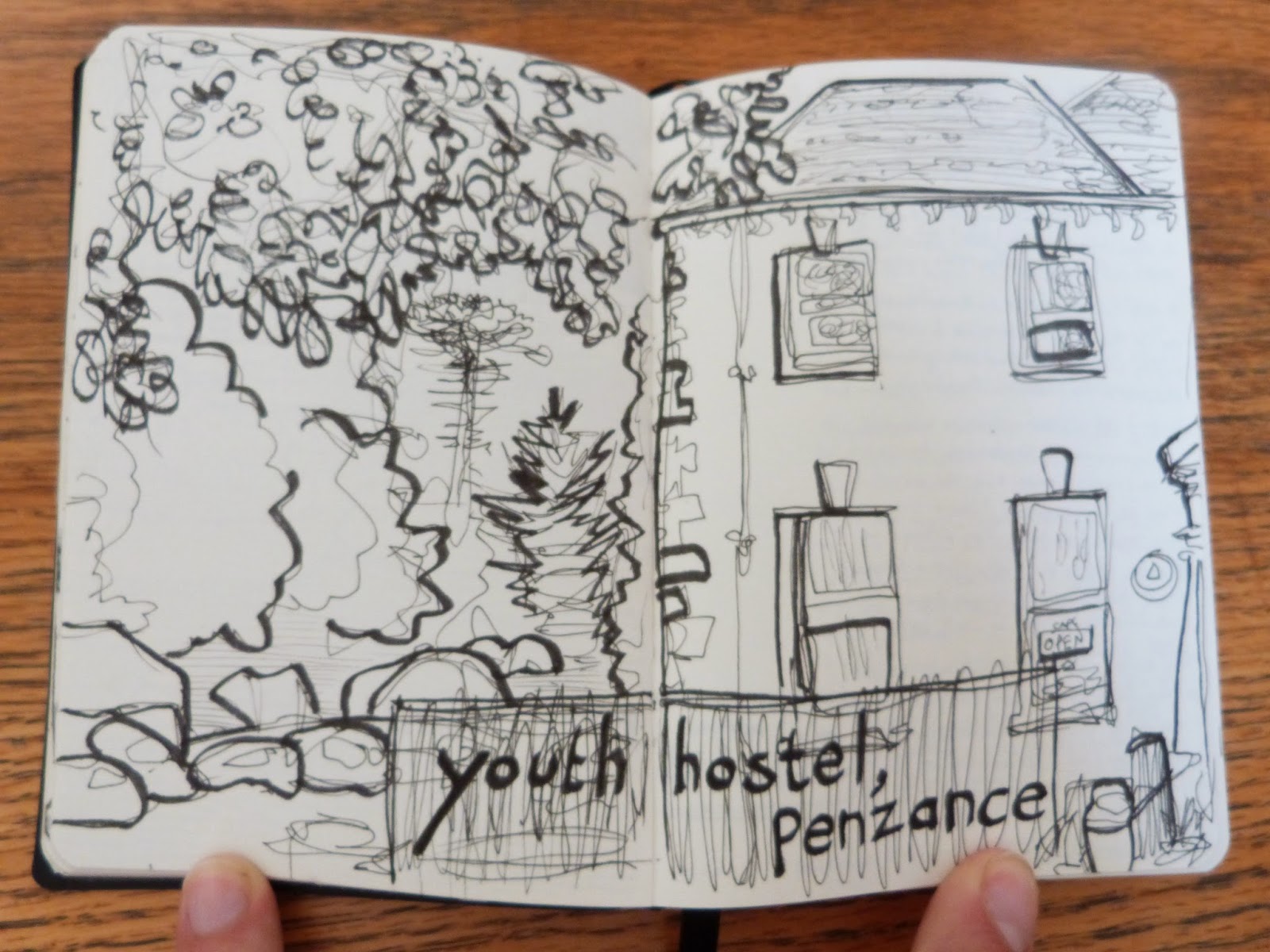 Then a night relishing the facilities of a youth hostel, before heading to St Ives the day after. 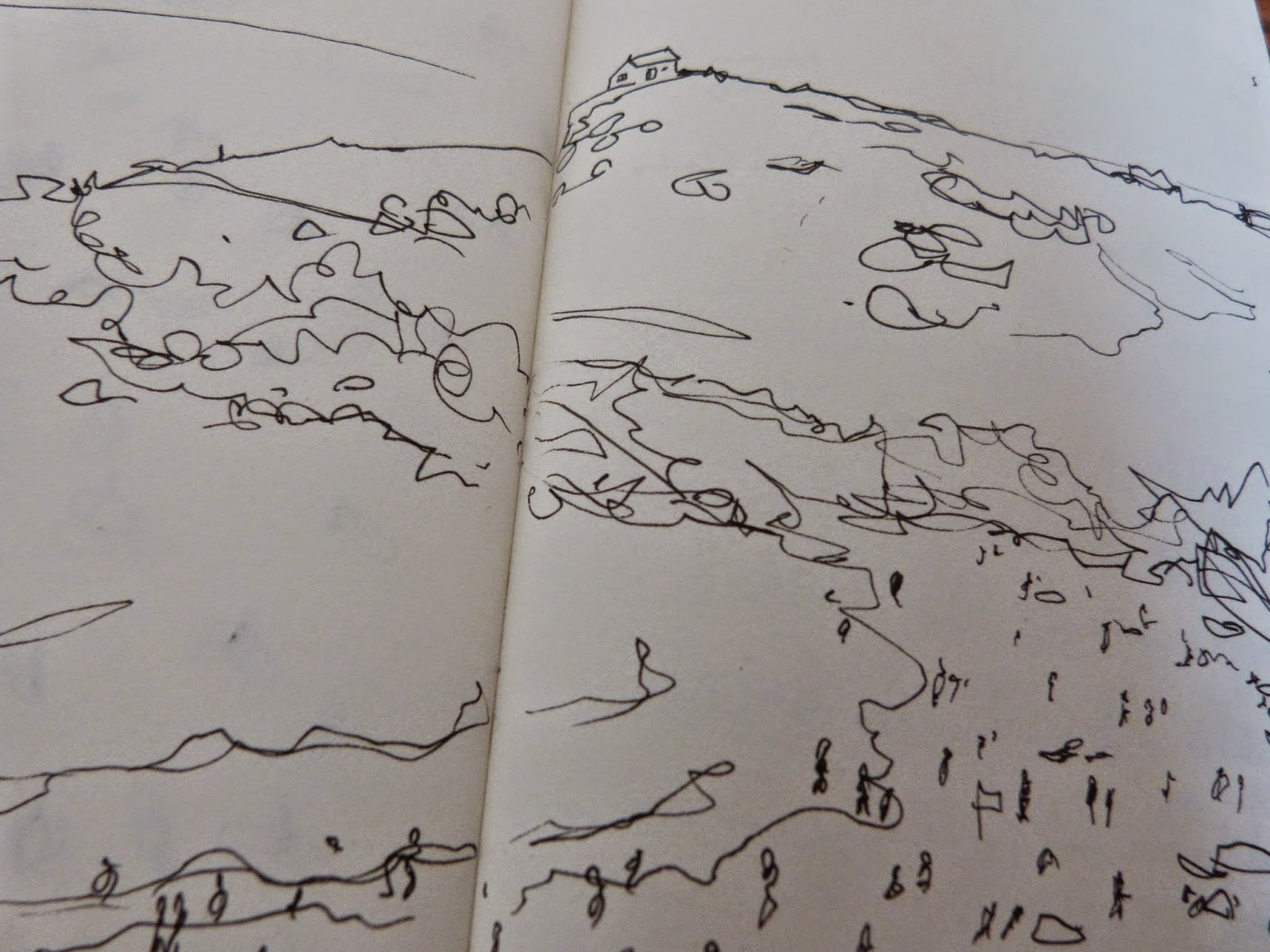 Here are some surfers. 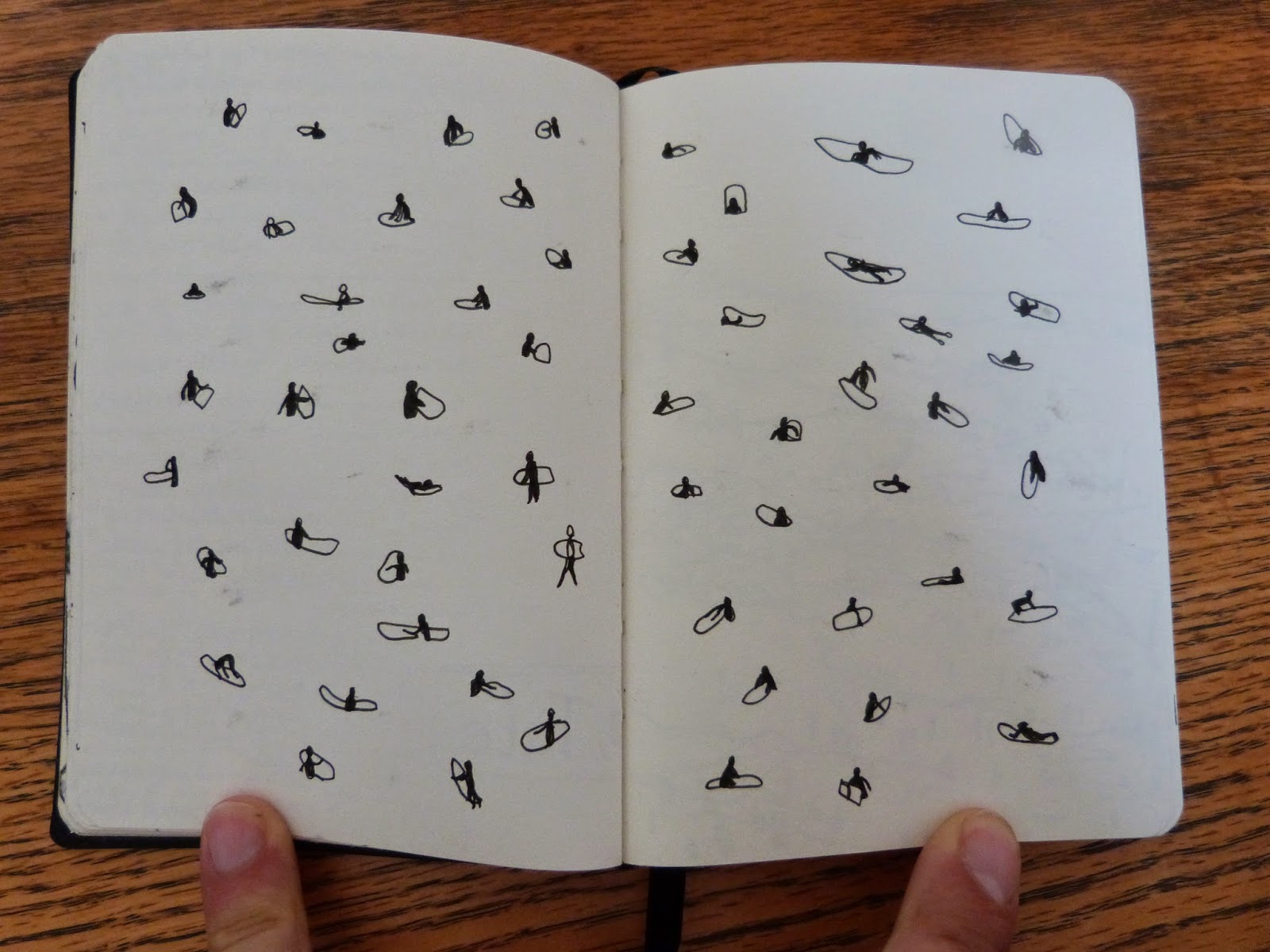 And some more surfers. 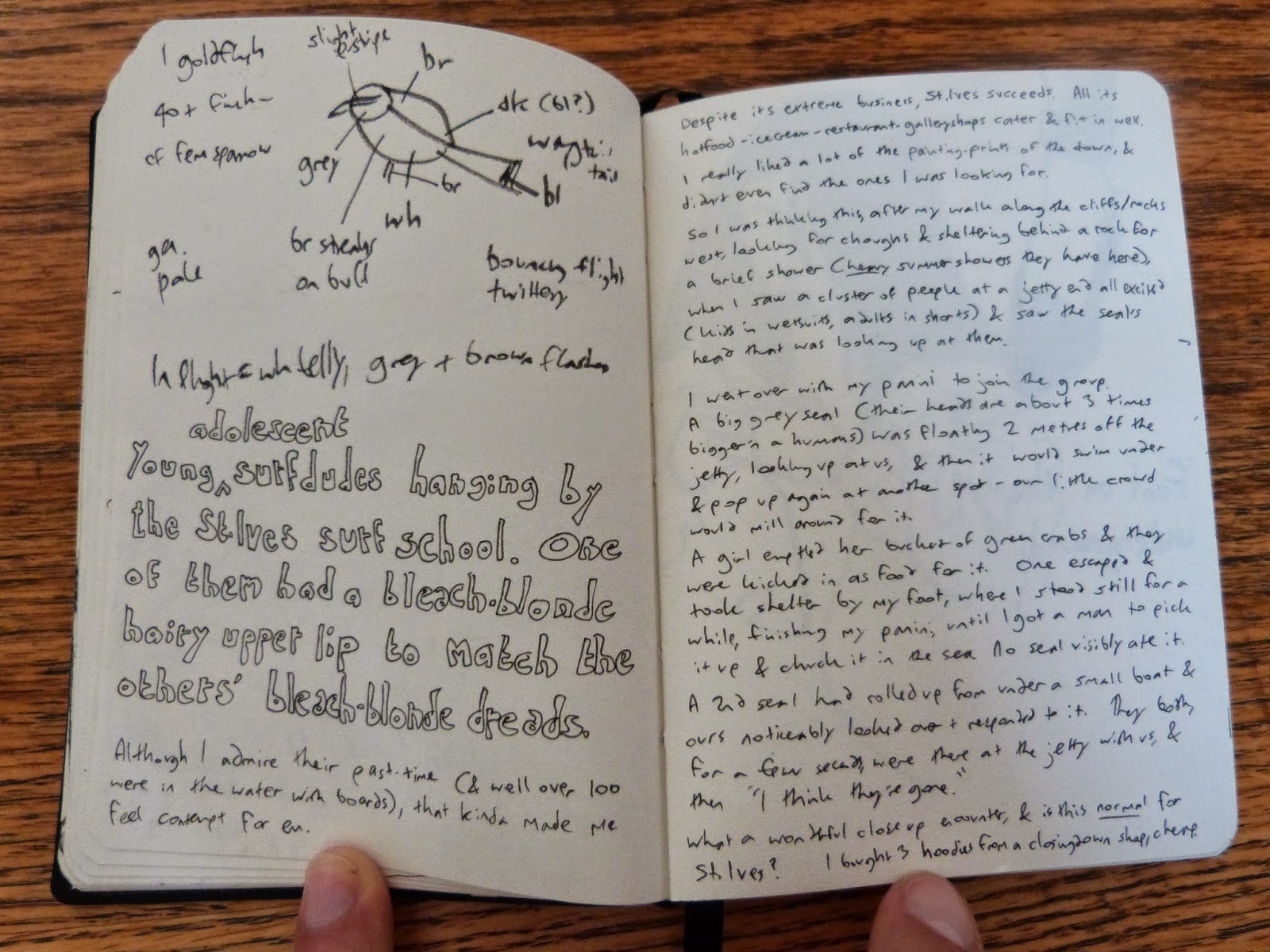 And some idle thoughts and an id sketch of a little brown bird flock, that I worked out to be linnets. Cute bouncy chirpy things, who showed a welcome to the odd goldfinch joining their flock. 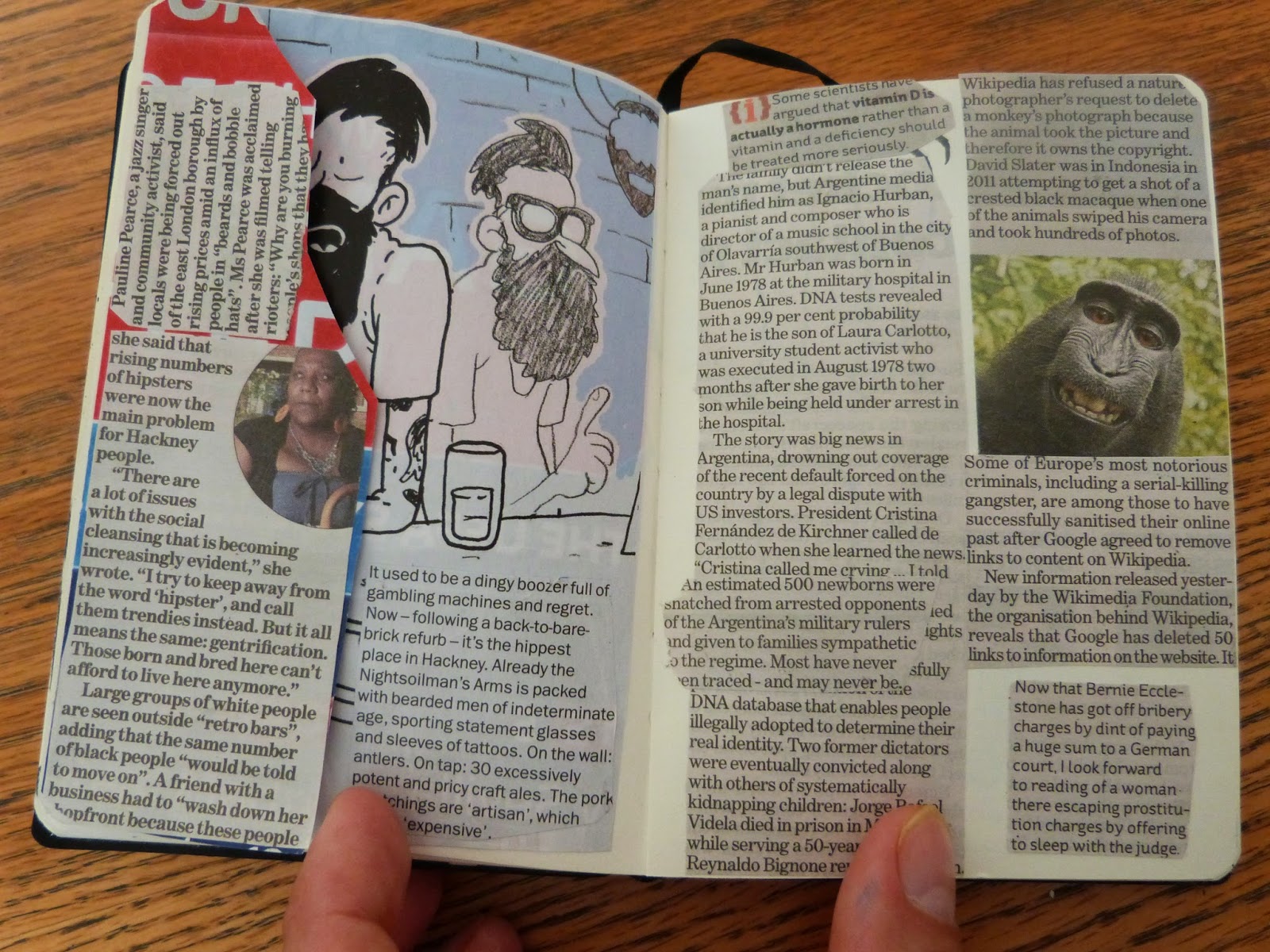 Bits of the paper stuck in my pad, as I got the night train back to London (but this time with no cabin, just in the cheap seats, which worked fine but aren't half as romantic). 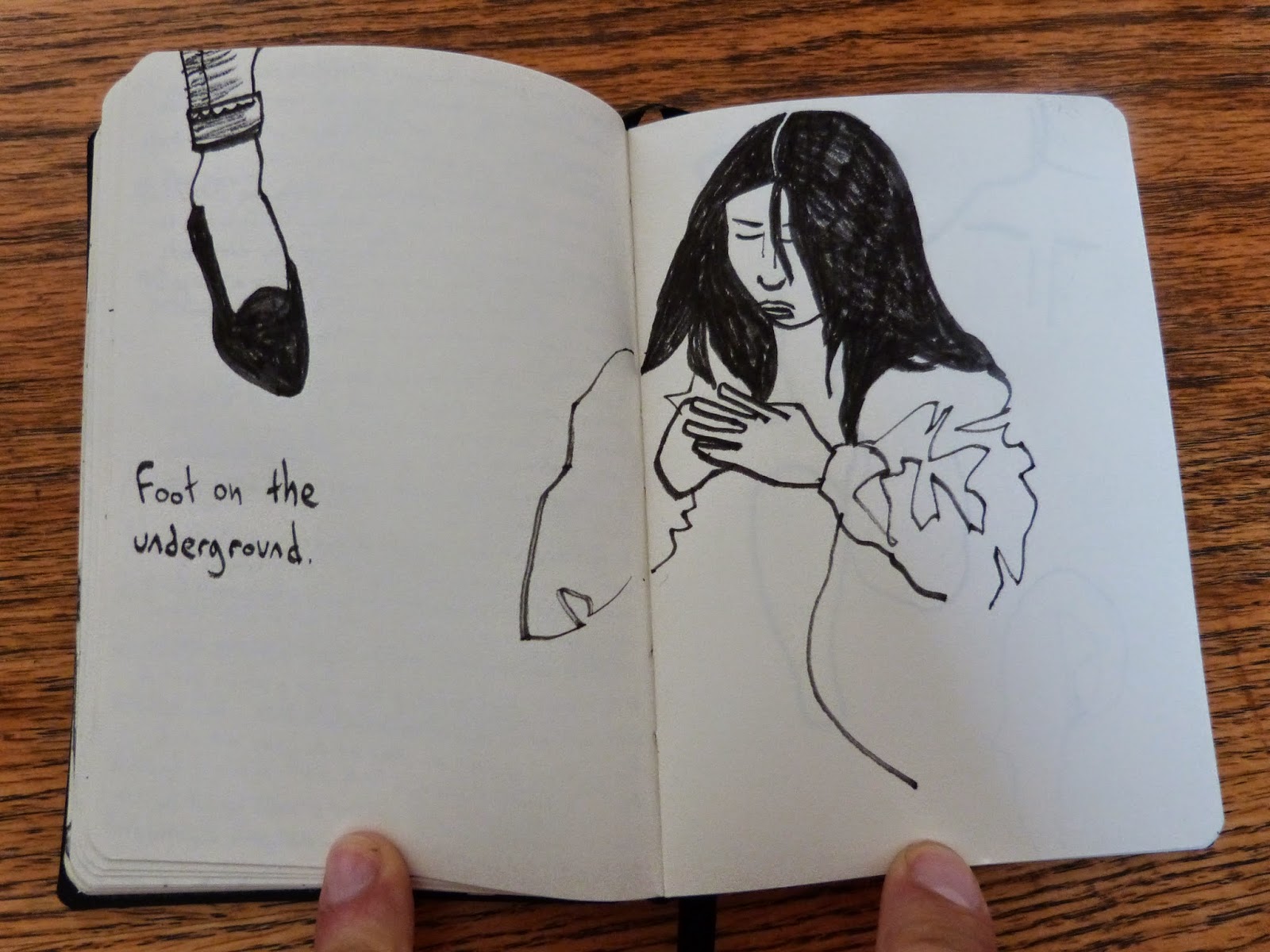 And the last pictures : I got obsessed trying to draw the girl in the picture who had such a neat hair shape. She certainly wasn't Daniella Westbrook. 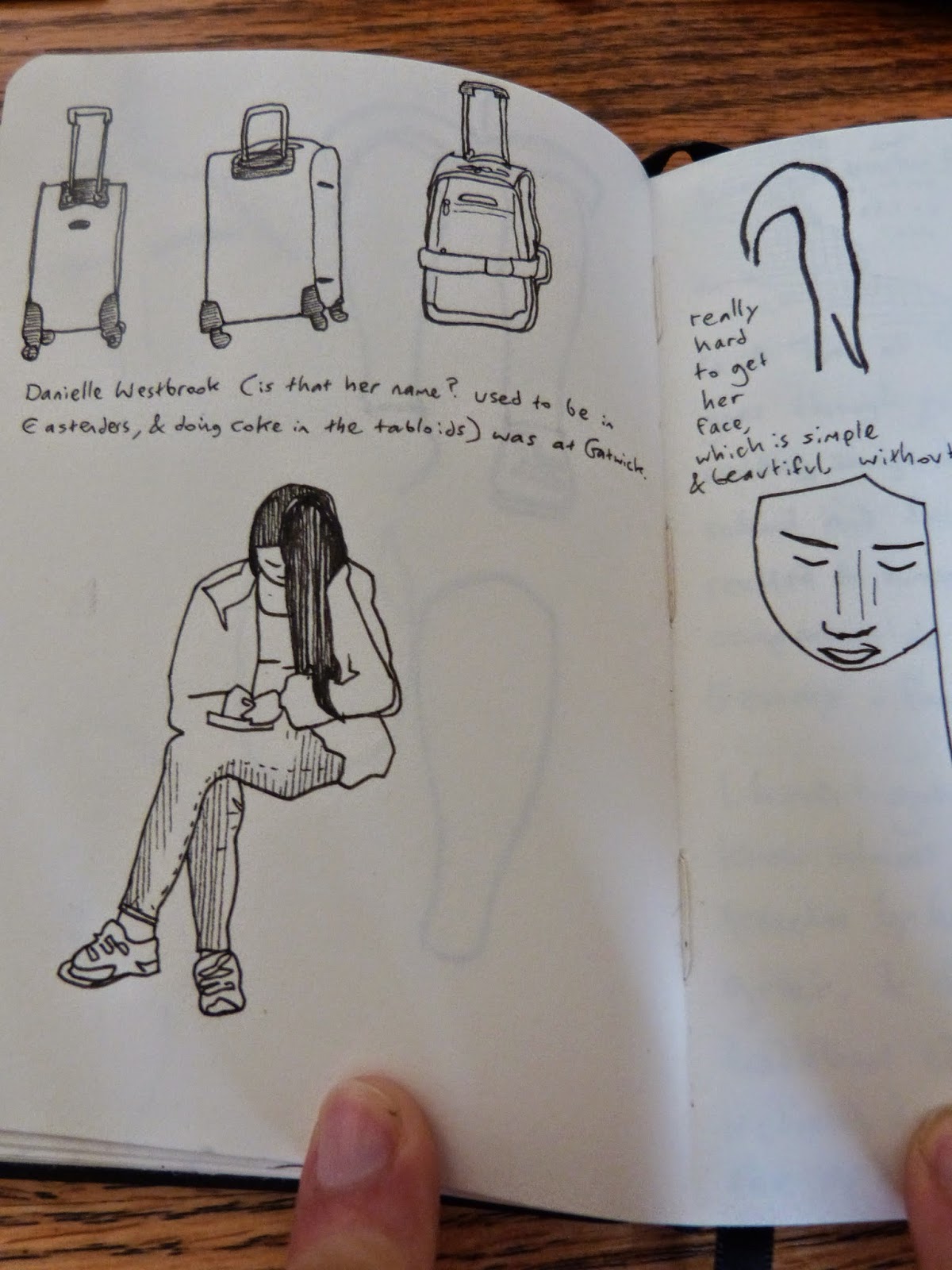 After that I got a plane, and now a week has passed and I haven't drawn anything else in the sketchpad so there isn't a part two planned.
Posted by Michael Duckett at 11:48 No comments: