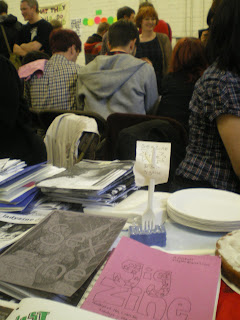 I keep adding to this each time I remember something else I did, or took part in.
An asterix next to a title means there's still copies left. Everything but Wor Diary is free.

2009 December, page from Bothy Zine in the Bothy Notes Newsletter

2009 Roman Philosophers Zine 1, A6 stapled, including a page from a book on Rome.

2009 February Kino Bamboozler, A6 fold-out to A4, 150 copies.
During 'Don't DIY Alone' festival in Edinburgh diyedinburgh.blogspot.com/

2009 January Zine from my childhood, 250 copies, A5 stapled.
Cheaply (badly) copied - but with original artwork in each one! 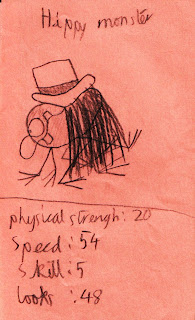 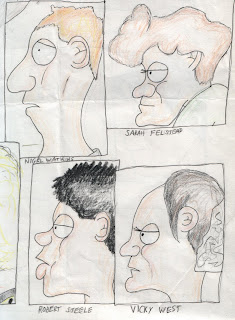 2009 Review of Jane Eyre: the Graphic Novel, for Bronte Studies. 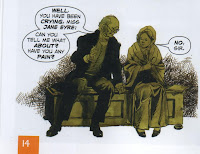 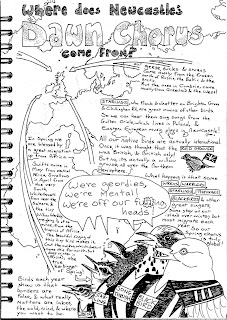 2008 March Spring zine, 150 copies, A5 stapled.
Produced in a hurry for the Pigeon parlour art squat in Heaton. Last few given out at Newcastle Community Green Festival.

2008 February Sex zine (with contributions) 250 copies, A5 stapled.
All gone except some faulty ones I should mend one day. 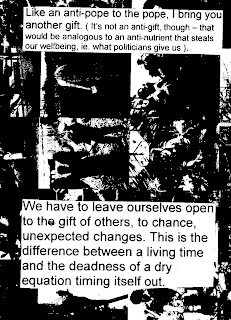 Summer 2005? A Zine about love, A6 stapled with photograph cover, 50 copies.
As part of Participatory Zine Workshops at Bookville (we miss you Bookville!)

2004
'Hello 2008', A6 zine to record some of the leapday actions done by Ross McGuigan and friends in Newcastle.

May 2004? What if the Tide were Rising? Environmental zine for kids, produced for Newcastle Community Green Festival. A5 stapled, 50 copies.

January 2004? Dilemmas of an Activist Academic, A4 folded, 50 copies.
For Investigaccio conference of social movements, Barcelona. 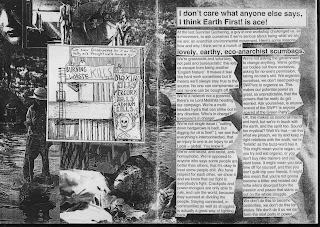 new zines and works-in-progress for spring 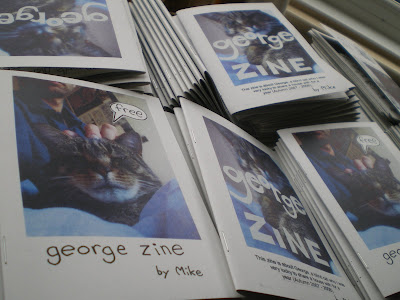 I have a boxload of zines on its way from footprint in leeds, which will soon be out and about in town. They are:

George zine - a comic-diary about the cat who used to live here. An inspiration to us all!

Abraham zine - full name too rude to print. Done in one evening sat in bed (and it shows).

Fantastical Beastes - cut-n-pasted via the internet from the amazing Mr.Topsell, a true genius and brilliant 16th century cartoonist. We need his magic back in our life.

Fenham zine - ruminations about my neighbourhood, and what was here before.

State zine - something I dip into now and then and probably won't produce for at least a year.

Ingatestonia - one I forgot to finish from 2006-7, about my experiences in Essex.

Umming and ahhing about a blog 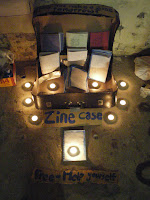 I like zines, not blogs. Textures of paper, thumb-prints and creases. mmm, and the smell of coffee and ink soaked thru the pages...

But I'll try out having a blog for a bit, and it'll be a home for me to put new zines, comics & workshops. It may even encourage me to draw some things more carefully - 'worthy' to go on the web.

Hello if you're reading this, you can always send me a postcard or a zine to swap to: