Dining with the DFDS

This weekend I joined the DFDS ferry from North Shields to Ijmuiden, aka Newcastle to Amsterdam. I was part of the regular ORCA surveying effort on the North Sea ferries, and joined fellow volunteers Mary, Steve and Christina on the bridge. 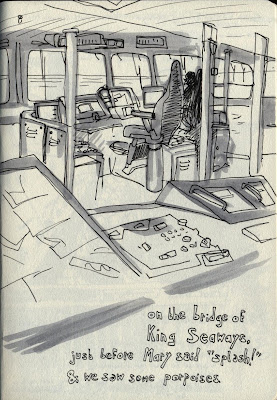 There is also an ORCA wildlife hub on board, where Kerry and Weng entertain and educate hundreds of children each crossing. As the free Beano comic demonstrates, DFDS have taken the wildlife opportunities on board, as a point of interest for their passengers. 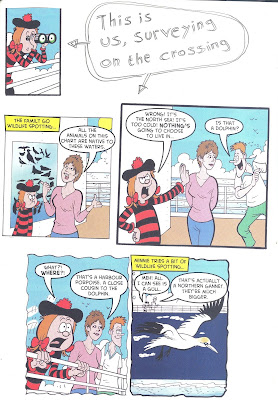 As part of our deck rotation, we moved from port to starboard to note-taking, and also had a half hour 'rest' period every 2 hours. I used my rests to sketch things, as usual. 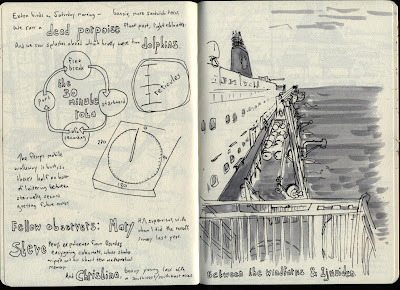 We really enjoyed the crossing, and were especially impressed to be treated as welcome parts of the crew. We took our meals with the stewards, engineroom folk, officers and troubadours, in the crew's mess. I ate better and more healthily than I do at home. Plus there's a no alcohol rule so I was able to detox after the two week festival boozeathon that led up to this weekend! 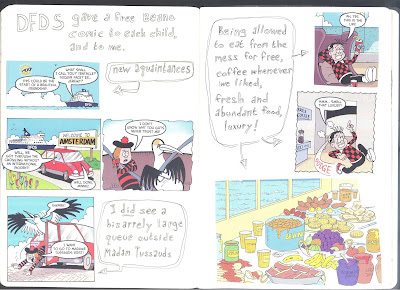 I've been on this route before as a passenger, and Amsterdam isn't new to me, so I thought about heading to Haarlem instead, for a change. But I'm glad I joined the coach into the city, in part because the weather was so amazing and the people so relaxed and goodlooking that it made you feel just happy and light inside. 2016 has been a pretty rubbish year in England, and it takes a trip outside the border to remind you that people are capable of being so much more together and relaxed than sometimes we manage. 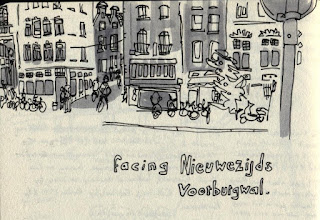 We didn't see a great variety of cetacean species on our crossing, but then I never expected to. We did see a few harbour porpoise, plus another couple of creatures that we disputed, so recorded as 'small cetacean'. However, now I've seen Kerry and Weng's educational talk, I am reassured that it was in fact bottlenose dolphins we saw. Still on my list, however, are the white beaked dolphins that love the cold North Sea, but are not to be found south of Yorkshire. They are out there somewhere, and I hope to see them soon. 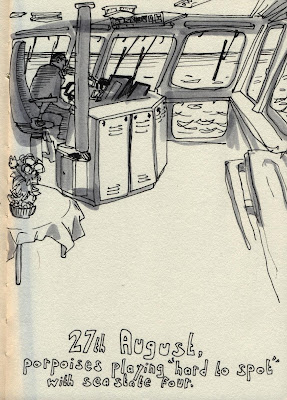