Today was the official launch of the latest Paper Jam Anthology, 'History ... and that', with music and drinks to celebrate the exhibition at 'Made in Newcastle' on Grainger St. 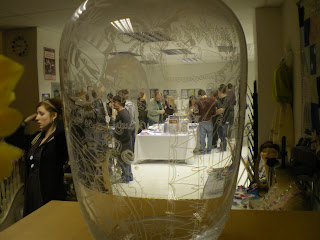 I contributed a map of Thomas Spence's North East in the exhibition. It features 3 quite unnecessary birds and continues my Spence obsession. 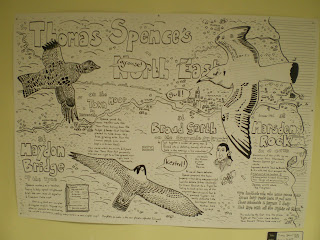 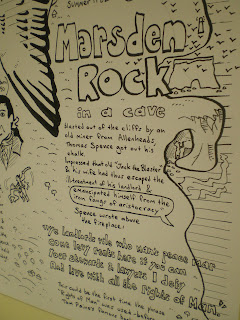 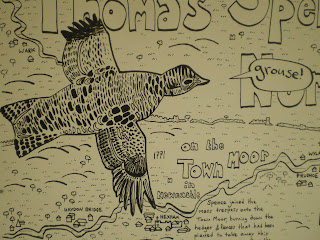 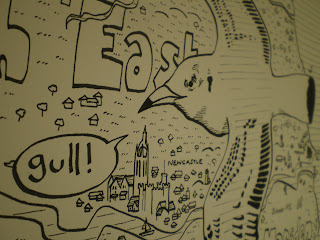 Other Paper Jam members contributed some often quite wonderful things to the exhibition. More info here.
All in all, today was a good day for drawing in Grainger town. 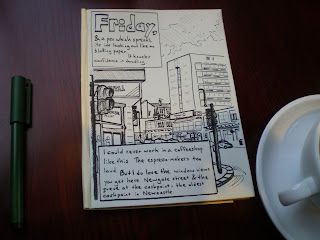 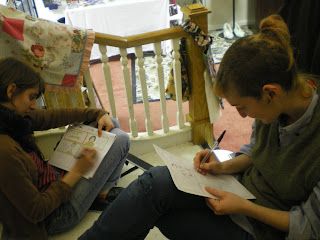 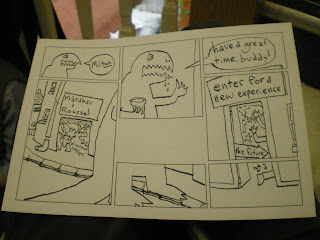 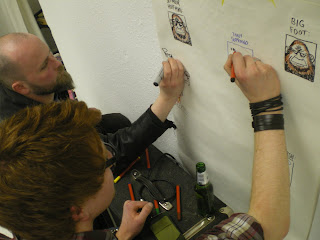 Posted by Michael Duckett at 08:26 No comments:

OK, some of the reviews are little more than a couple of words, but there's quite an impressive list of monster reviews stacking up.

Incidentally, a reprint with the various mistakes, mis-ordering, unnecessary fillers & repeats taken out of issue 2 will be available from tomorrow for a nominal fee from Travelling Man & Made-in-Newcastle.

I will be part of this year's annual Springwatch in Malta. It's not watching when moles wake up like the TV one, but trying to do something to stop the wholesale indiscriminate shooting of any feathered creature passing up from Africa. It's all a bit of a messed up complex situation with the law, but in my opinion all migrants from Africa should be made welcome, and especially the good looking ones with spoon-shaped beaks and the ones that can hover in the air. I will be drawing a journal/zine thing as usual for the week I'll be there.

I would like to stay for longer, indeed join it up with other visits in the area - but instead I'm coming back early for the very exciting London Zine Symposium on 17th April. For those who know me, I've raved about the Zine Symposium before - it was the highlight of at least one year (I think 2009), that opened me up to so many unique and wonderful voices, genuinely expanding my world.

This year I'll be sharing a stall with the very lovely Peg Powler people of Teesside. It'll make a very refreshing change to be in a little north east gang and not just gangly old me shuffling about and muttering words like 'Newcastle', 'stotties', 'the proper North sea' & 'bothies' to people for whom these are rare and exotic concepts.

As always for DIY events I go to, I will produce a zine especially. It's possible the Malta one will be ready to go too, but my pre-planned offering will be a little more like the 'newcastle zine review' I did a little over a year back. I will keep it small and short (& therefore cheap!), but I intend to list EVERY SINGLE NORTH EAST ZINE THAT HAS EVER BEEN MADE, and include a single line describing it. I will fail heroically in this task, as you never really know what zines are out there. I hear about more than I see, and the ones I hear about are only a fraction of what we north east humans make. But it will be a pleasure to go through my zine box, and it will give me the opportunity to announce my collection of north east zines as the 'INSERT GRAND TITLE HERE Zine Library'. However, unlike the Canny Little Library, this is a reference library. In fact I guess I'd best call it an archive really, cos you need to know me to get to see it. But I care about this here zine culture and I think elements of it should survive into posterity, and be kept safe and shared. Mention of the Canny Little Library reminds me: the day I leave for Malta is Mini Comics Day and I hope to have joined together the Canny Little Library with the Paper Jam Comics Collective to host an event at the Star & Shadow Cinema (Newcastle is the only place in the UK taking part!) The only spanner in the works is me leaving during the event, but they are two lovely local papery institutions that I'm proud to be linked to, and I intend to get the Paper Jammers to join the International Cartoonists' Conspiracy which is co-ordinating the day. 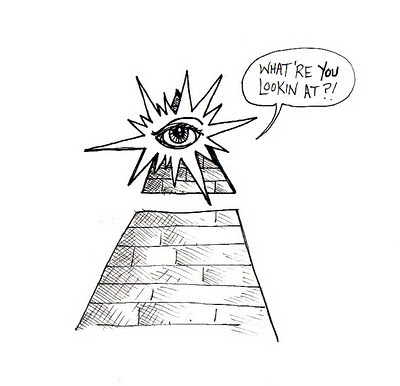 Before their involvement with International Mini Comics Day, Paper Jam are also presenting an exhibition at 'Made-in-Newcastle' on Grainger St. In part this is to launch the 'History ... and that' Anthology which we did, but it's also just to celebrate the art we do, and to be a part of the warm and loveable 'Made-in-Newcastle' shop.

So diaries out! To confirm:

Opinionated Geordie Monsters issue 2 is out!

At a massive 40 pages, the free quarterly fanzine for monsters who live in Newcastle and love music is out now! 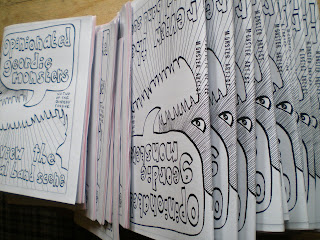 Pick it up in the usual venues, see what you think of the other monsters' opinions, and next time you see a band, draw your monstrous thoughts and email or post them to me. This is an open, collaborative fanzine, so let your opinions out-number my own!

Next printing deadline is 1st June!
Copies with the mistakes corrected and printed carefully will also be available for a small price in Travelling Man Comics Shop & Made in Newcastle, next week. (Both shops are on Grainger St). 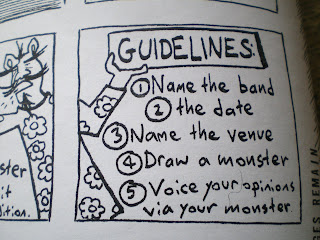 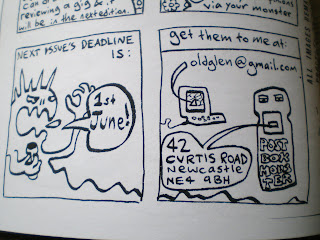 Decent places in Newcastle where I will leave a few free copies today include:

They may also appear in the Heaton cafe's, and at various gigs over the next few weeks.
For money reasons I won't be posting any out to people this time, unless you post me something first! 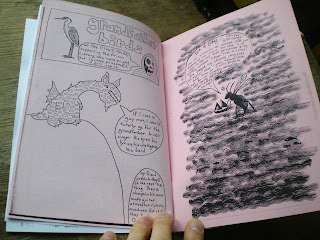 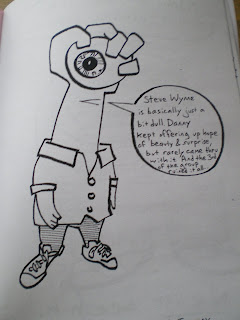