Today was a good day for footprints. 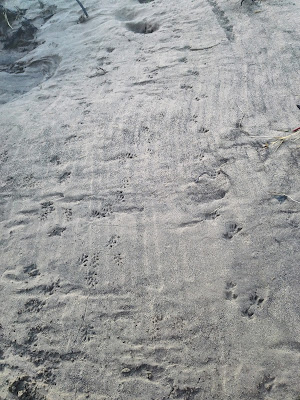 The sand and silt layer now covering our riverside woodland is a great material for collecting footprints. 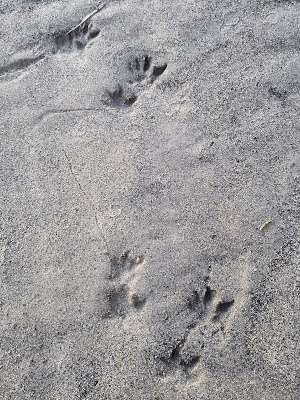 Normally this is mostly dog walkers, but by the river, amongst the birds, this little fellow has been pottering about. 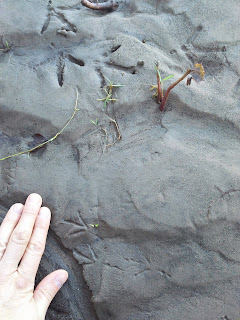 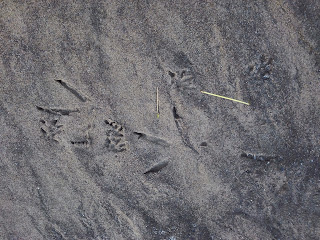 I especially like the scale : the moorhen or ducks are loads bigger than this little mammal (we've guessed bank vole, but haven't consulted the books yet to find out). 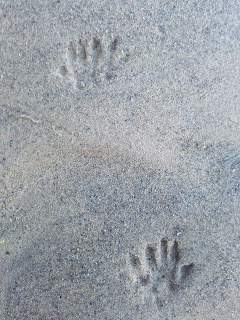 You can count the toes and work out how he was walking, tell the front paws apart from the back paws and speculate about what he was doing : looking for food? Looking for a likely new home after the floods? 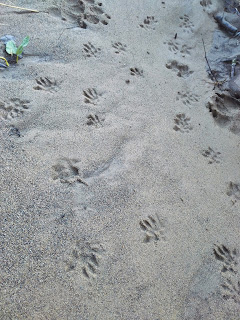 Just look at all those footprints! The pattern of them is enough to make me happy.

I've lived in Newcastle or Northumberland for 20 years now, and never once made it to the football played on pancake day in Alnwick. Until this year that is! 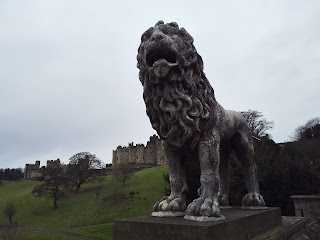 First the feudal overlords dropped the ball from the Barbican of their castle: keeping their distance to avoid the germs of we the crowd. Then their loyal serfs marched to the field over the river. 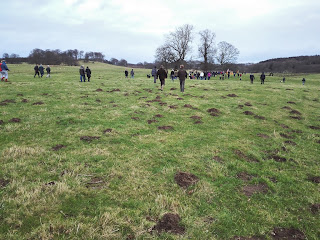 Here we are gathering to watch, and I expected fisticuffs and nosebleeds. 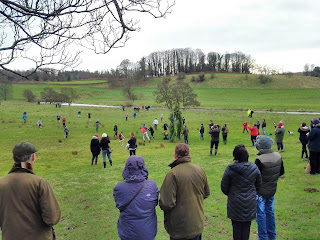 Action! Note the leafy green goal. The players were younger, more skilled, and less violent than I expected. I was shivering, ill-equipped for the wind. 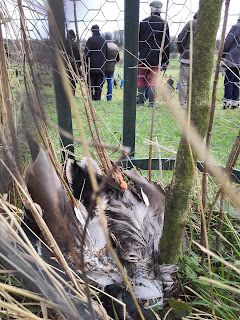 So like this dead duck, I ducked out when the teams changed sides, and went off to Alnmouth for the train home. 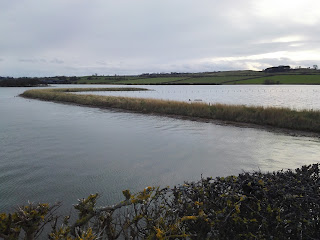 I don't know if it's a spring tide, or just the general saturation from our recent storms, but I've never seen the land so inundated. We watched a barn owl hunting over the hedges and reed edges, dwarfed by the curlews flocking over it. Back on a warmer day in Spring.


Posted by Michael Duckett at 07:58 No comments: