Don't forget to draw a monster when you see a gig! 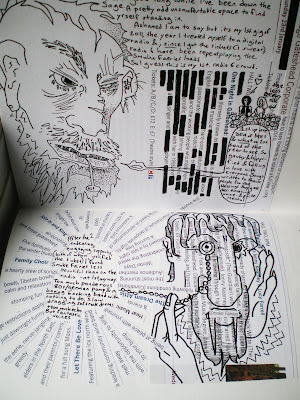 I've had my first submissions for the next monster zine (very good, very good), and have been getting a bit overcomplicated in my cut n paste attempts at monsters myself. Deadline in about a month!
Posted by Michael Duckett at 04:38 No comments:

New zine, not for Newcastle 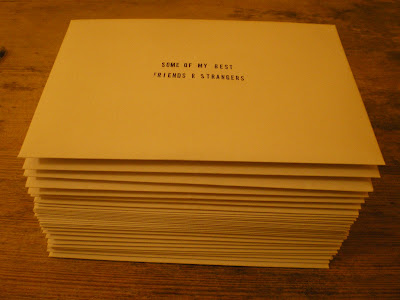 Here are a few pics of a new zine I've done for the Brighton Zine Fest.

It won't be available in Newcastle, because it's a bit too personal.

It can be easier to share your feelings with strangers, sometimes, hence the title.
I was going to do a stall, but today I've decided not to: I'll have a better day walking around talking to people. And chasing the bus named after Peter Kropotkin. 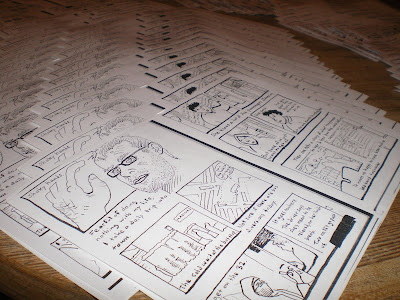 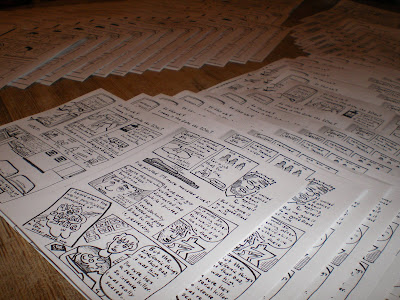 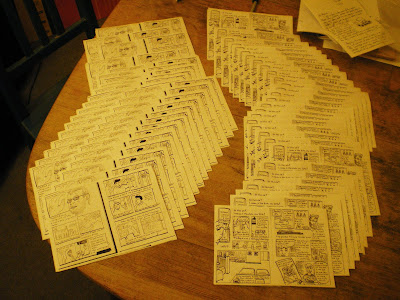 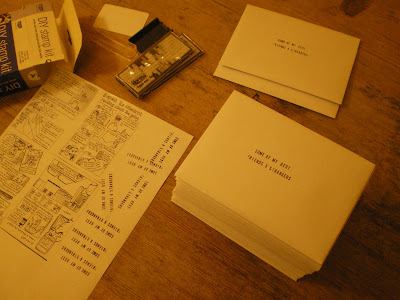 Posted by Michael Duckett at 13:50 No comments:

So I doubt I'll get started for a couple of months yet.

(My planned route involves lots of trudging around moorland streams in the Moffat area, and my 'pre' plan is to do the top bit of the Pennine Way down the Cheviots from Kirk Yetholm.)

So I'm sticking to train routes for now, and will be using these to go to the Brighton Zine Fest on 19th-20th February. I've got a zine made, ready for printing especially for the Zine Fest. But it's a bit personal to show around Newcastle, so the intention is for only strange southerners to read it.
Posted by Michael Duckett at 11:30 1 comment: 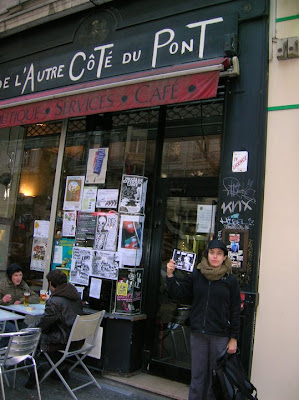 The very first post of this blog was a list of the zines I had done, & I've updated it since with new ones or ones I've remembered. Here is an update : the zines I made in 2010.

January 2010
Newcastle Zine Review, 2nd edition A6 portrait & chunky printed (though made in 2009)

January? 2010
Hybrids: A5 cut-ups of star & shadow programmes as part of attempted series of 'crafty creative sessions' at the cinema (which did not continue).

February 2010
Anarchist New York A5 landscape, colour cover, 150 copies. A mistake with stapling meant the reader had to take out the staples and rebind it - instructions given.

Spring 2010
A present for Elodie
Foldout minizine in many languages for Elodie Applejack.

June 2010
Beach Zine, 150 copies, A6 with colour middlepages, about a week walking up the Northumberland Coast

August 2010
Trail Zine, A5 20 copies, one page drawn by each participant on the Great Baikal Trail camp of August 18-30. Mix of English & Russian language, printed in Ulan Ude.

October 2010
My Anarchist Pilgrimage: Sampler, A5, 150 copies, for distribution at London Anarchist Bookfair: the full version is my main project of 2011.

November 2010
Collaborative Comics on the theme of 'tea', workshop at the Footprint Zine Fair.

November 2010
Opinionated Geordie Monsters Review the Local Band Scene (1), A5, participatory and a quarterly from now on. 125 printed so far.

January 2011
'Fellow Drawer' Invite to draw about the city with me, foldout minizine in envelope.
Posted by Michael Duckett at 08:31 No comments: 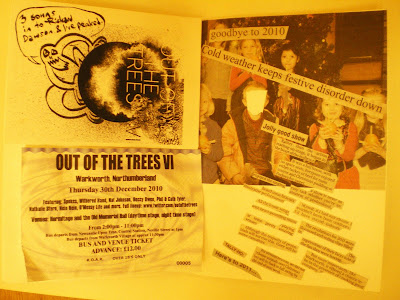 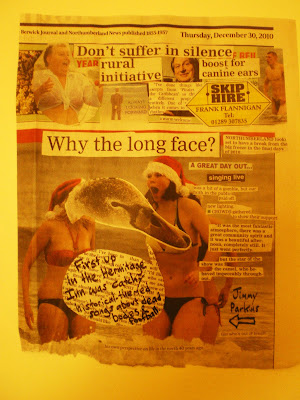 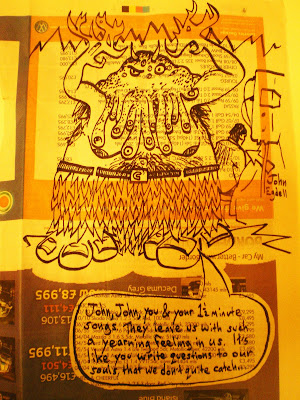 Here are a few cut-ups I've done already for the next 'Opinionated Geordie Monsters Review the Local Band Scene' zine. I'm hoping for lots of unknown people collaborating, and some friendly faces too.

I've reprinted 20 more of the first edition, too (on coloured paper!) to leave out around Newcastle tomorrow. 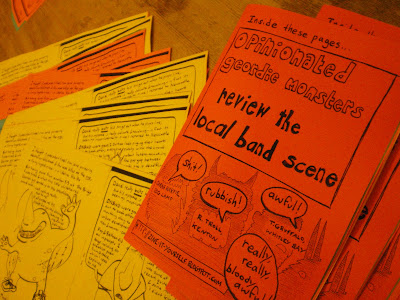 And I also have hopes of doing a more left-field, more experimental but very Newcastle focussed collaboration, too: although you won't be able to read it, here is my invitation. If you draw comics (or something like that) and live in Newcastle, you will receive a real one soon when you see me. 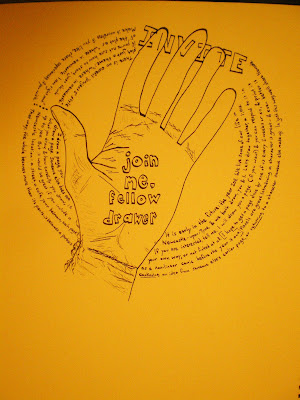 Also Haz says she's going to post me something every day this year. I didn't ask her how long she's going to keep it up, but me and my postman say thanks.

I'm also meaning to do something for Teesside, too, seeing as it's the current zine capital of the North East.

And also, stuff you're doing, I want to know.
Posted by Michael Duckett at 15:00 No comments: