April is a big travel month. I'm going from London to Paris to Luxembourg to Copenhagen to Oslo to Bergen and on up the coast into the Arctic until we run out of Norway and then back down. It's a full month away, and I intend to draw a helluvalot and hopefully improve my skills.

I am mostly posting on Instagram for a change - mrmrduckett is what I am there. I won't keep up that effort though and reserve the whim to close that account afterward.

Here, in good old fashioned blog world, I have a place where I can store some pictures place by place.

So let's begin with the first leg of the journey proper, from Newcastle to London. Here's my sketches of day zero (last day of March). 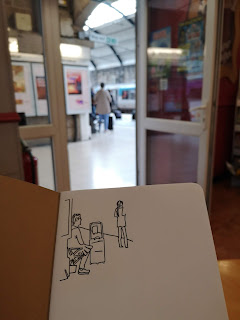 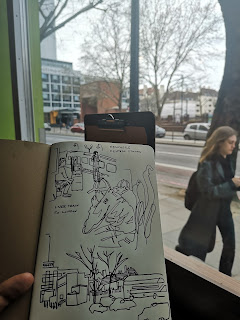 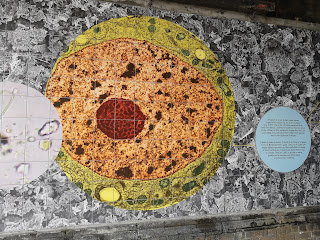 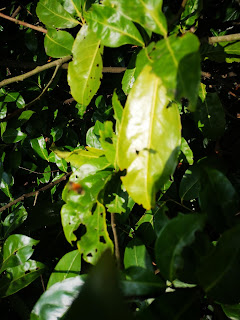 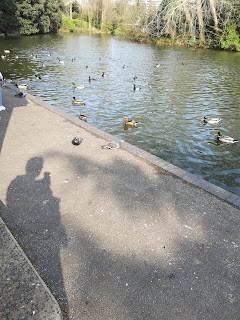 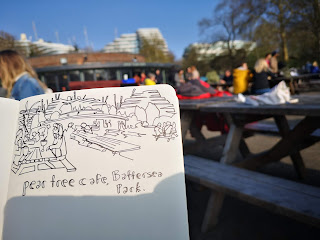 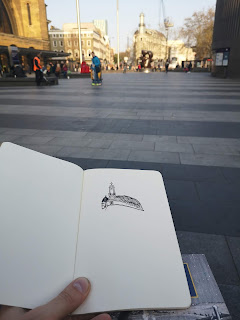 An effort I made last year, now paying off in that it no longer feels such an effort, is to draw bigger, more sustained concentration required. 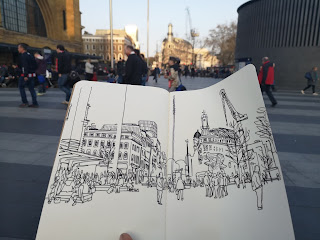 I had one last cigar to burn, and in return for a light was asked to show my picture and it felt good, getting enthusiastic praise and handshakes from 2 blokes as new to each other as they were to me: one Slav, one black British.
Posted by Michael Duckett at 11:43 1 comment: